PEEKING INTO THE PAST – Veterans Day Edition Part 3 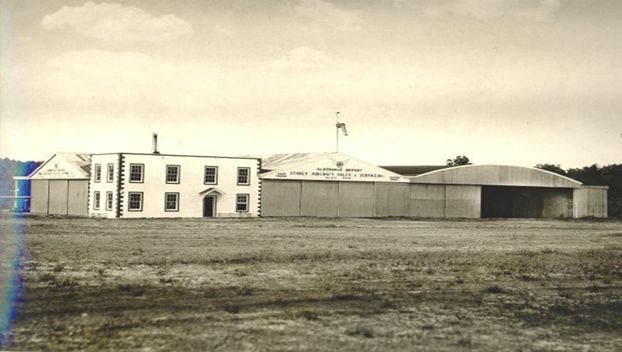 The Stanly County Airport was founded in part by Hazel “Chunk” Smith. 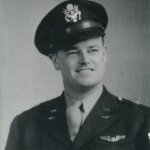 Early in 1945 he flew to India, and over the next seven months he flew C-46 cargo planes “over the hump” into China. At this point in the war the Japanese had blockaded access to mainland China.

The United States and its allies needed the Chinese army in the war to keep huge numbers of the Japanese troops occupied. The only way that the Chinese could be supplied was by way of a 530-mile route over a part of the Himalayan Mountains.

The men who flew the route had to deal with the high altitude and incredibly harsh weather in addition to the Japanese fighters and bombers. During the course of the war, hundreds of planes and more than 1,000 men were lost attempting to fly this route. Smith flew 65 missions “over the hump.”

Most of these flights were by instruments at night.

When Smith returned from the war he turned down an offer to fly for a commercial airline and settled back in Albemarle.

Along with three partners, J.C. Holbrook, Chad Efird and Silas Dennis, they opened the Albemarle airport in June 1947.

During his career he flew more than 25,000 hours and trained hundreds of student pilots how to fly and to qualify for their license.