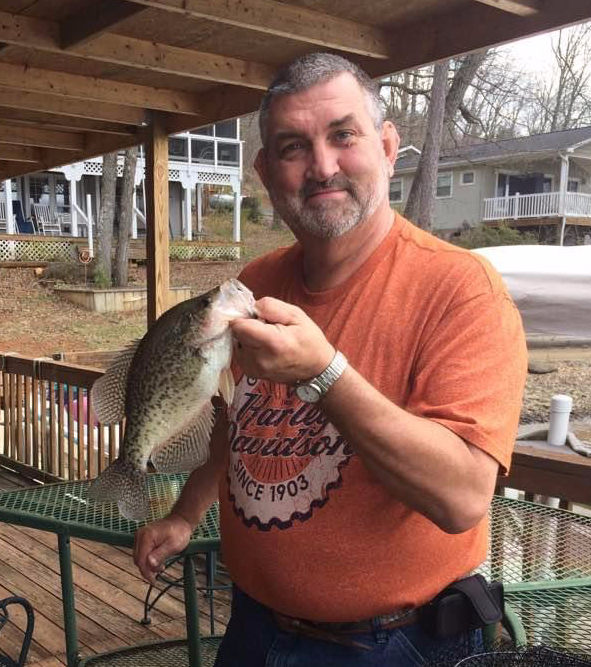 Jeff Bates is an EMT and firefighter with the East Side Volunteer Fire Department. Photo courtesy of Shandy Wolverton.

A local motorcycle organization has organized an event this Saturday to raise money for a local first responder who was recently diagnosed with cancer.

Jeff Bates, who lives in Albemarle, is an EMT and firefighter with the East Side Volunteer Fire Department who was diagnosed with Hepatocellular carcinoma, a form of liver cancer, in September, according to Shandy Wolverton, a member of the Red Knights Firefighters International Club Chapter 24 and close friend of Bates who helped to create the event. She refers to him as her “adopted daddy.”

“He’s there for everybody,” Wolverton said of his selfless nature. “He puts everybody before himself.”

The Red Knights N.C. 24 will host a benefit motorcycle and vehicle ride starting at 9 a.m. at East Side Fire Department Station 65, located at 44636 N.C. Highway 73.

Kickstands go up at 10:30 a.m. for the ride which will loop throughout Albemarle and will last around an hour before ending back back at the station. The ride is not limited to only people with motorcycles; anyone with a vehicle (car or even a bicycle) can participate in the ride.

“The more the better,” she said.

The money raised will go towards helping Bates and his family pay for medical bills. The cost will be $20 per bike and vehicle.

There will be a spaghetti lunch at the station after the ride along with door prizes and a silent auction. Wolverton said that Bates will hopefully be at the event.