Gov. Roy Cooper recently appointed Phillip Cornett to serve as District Court Judge in Judicial District 20A, which serves Stanly and Montgomery counties. He will fill the vacancy created by the retirement of Judge William Tucker in the summer. 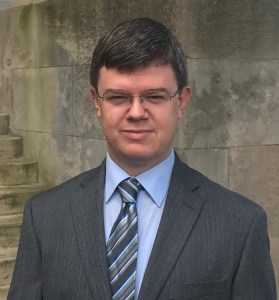 Phillip Cornett was recently appointed by Gov. Roy Cooper to serve as a District Court Judge in Judicial District 20A.

“It is a privilege and an honor to be appointed to this position,” Cornett said. “I appreciate the governor’s confidence in my ability. I will work hard every day for the citizens of Stanly and Montgomery counties to fulfill the duties and responsibilities placed upon me.”

He will start his new role as judge sometime within the month.

A Norwood native, where he still resides, Cornett, 45, currently serves as the Assistant District Attorney for Prosecutorial Districts 28 and 16C. Cornett has several years of experience as a private practice lawyer and previously was a Judicial Clerk on the North Carolina Court of Appeals in Raleigh.

He graduated from South Stanly High School and went on to earn his Associate in Science degree at Stanly Community College. He later earned his Bachelor of Arts degree at Western Carolina University and his Juris Doctor at Elon University School of Law.