She replaces Dr. Alisha Ellis, who left the school system over the summer.

Mitchell works under Assistant Superintendent of Curriculum and Instruction Dr. Amy Blake-Lewis and her role is to support the middle and high schools with whatever resources they may need. She has already made several visits to schools to meet with staff and observe classes. 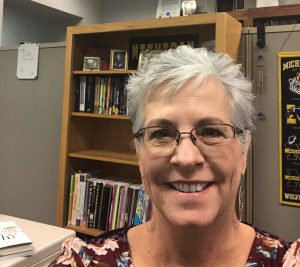 “Everybody has been so welcoming,” Mitchell said. “There are some wonderful things going on in our schools.”

Though she is headquartered at the central office, Mitchell plans to spend as much time as possible inside the schools, providing the necessary support to administrators and teachers.

She begin her career as a teacher at Concord High School in 1999, where she spent roughly 15 years teaching a variety of history courses. Since leaving Concord in 2014, Mitchell has worked at Northwest Middle School, Garinger High School in Charlotte and most recently Monroe High School, where she served as academic content facilitator for the past five years.

Though she’s worked in many schools and counties, the main focus for Mitchell has always been about providing for the students.

“It all comes down to how do we support our students so that they’re successful as contributing citizens,” she said.

Mitchell received her bachelor’s and master’s degrees from the University of Michigan and a Doctor of Education from UNC Charlotte.