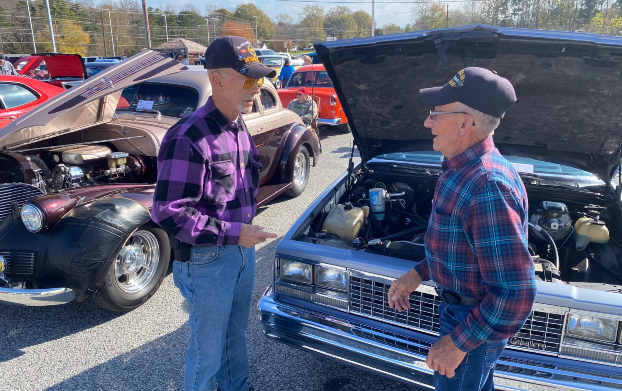 Vietnam veterans David Laney and Woody Woodmansee, with their vintage cars in the background, were two of the many veterans in attendance for the 5th annual Friendly Chevrolet Veteran's Day car show Saturday afternoon.

David Laney served as a machine gunner’s mate on a riverboat near Chu Lai during the Vietnam War in 1966. He suffered numerous injuries including the loss of his left arm during his time in service.

He had just flown back into the United States and was leaving the Charlotte airport to return home, still in uniform, when someone approached and spit on him. He slugged the man and was arrested for assault.

Laney was taken to the police station, where an officer inquired why he hit the man. After Laney told him it was because he spit on his uniform, the officer told him he had a son in the military. Not only were the charges dropped but Laney was taken to the cab station where he was able to catch a ride back to his home in Cabarrus County.

“That’s the kind of reception you got back then,” he said about the moment in the airport. He added that veterans returning from duty were told not to mention their service to others.

Fortunately, in the decades since his encounter with the man in the airport, attitudes towards veterans and the sacrifices so many of them have made has reversed itself.

“Now people come by and say ‘thank you for your service,’ ” Laney said. “It’s changed so much over the years. And I appreciate that, for all the guys.”

Laney was one of many veterans who came out to Friendly Chevrolet in Albemarle Saturday for the dealership’s 5th annual Veterans Day Car and Truck Show. Laney, proudly wearing a Vietnam veterans hat, brought his 1939 Chevy Coupe.

Organized by the Disabled American Veterans Chapter 12 based in Stanly, the car show raises money to help the organization transfer veterans out of Stanly, Montgomery and Anson counties to clinics run by the Department of Veterans Affairs.

Army veteran Tom Dougherty, who is part of the DAV and served in Vietnam, estimated there were between 120 and 130 vintage cars for this year’s show. He said previous events have raised between $4,000 and $5,000.

“It’s something I’m very glad and very proud to do,” said Friendly dealer/president David Odom about hosting the event each year. “Veterans, especially the disabled veterans, are what I call a common denominator of our country. So as divided as we may be, we’re all united behind this cause.”

One of Laney’s friends was also at the event with his car. Woody Woodmansee, who showcased his 1983 G.M.C. Caballero, served in the Army in Long Binh ward of Vietnam from 1967 to 1968. He ran convoys out of Saigon during the Tet Offensive.

For Woodmansee, Veterans Day is about respecting the veterans who never made it home after their tour of duty.

“They’re the real heroes,” he said. He added that the event was a nice way for veterans to meet and network with each other.

There were many veterans at the event who served in various eras and in a variety of branches. John David Summerlin who lives near Badin was in the Air Force during the 1950s and served in Louisiana and on the Thule Air Base in Greenland. He brought his 1967 Volkswagen Beetle to the event. 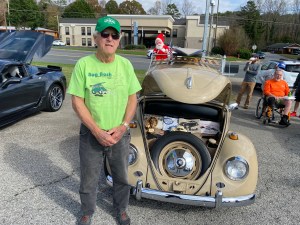 Dan Samples, who lives in Albemarle and brought his 1973 Porsche 911E, was only 4 when he knew he wanted to fly planes. He served in the Air Force and was active in the reserves for more than two decades flying Lockheed C-141 StarLifters. He also had a lengthy career as a commercial pilot, including 20 years with American Airlines. Samples is a member of the Anson Flying Club.

“I’m so glad that Friendly Chevrolet and the DAV do this event each year,” said Samples. “It’s a good place to bring the car and it’s nice to know (as a veteran) that you’re not forgotten.” 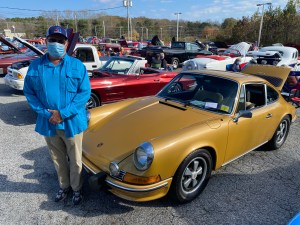