Officers with the Albemarle Police Department responded to Aldi, 1920 E. Main St., at 4:23 p.m. Wednesday in reference to a robbery in progress. Upon arrival, officers were advised that the suspect had fled on foot towards the back of the business.

The suspect is described as a tall, slim, black male, approximately 20 years old, who was wearing a black hoodie, black pants and a black face mask. 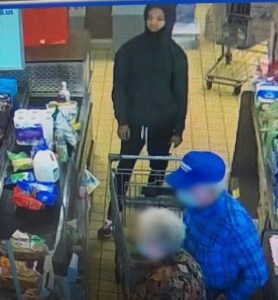 A suspect wanted in the robbery of Aldi Wednesday.

Detectives with the Albemarle Police Department and members of the Stanly County Sheriff’s Office arrived on the scene. Investigators were able to obtain a photo of the suspect. No one was injured during the incident.

If anyone has information as to the identification of the suspect, or knows of his whereabouts, give the Albemarle Police Department a call at 704-984-9500, or leave an anonymous tip at 704-984-9511.

NATIONAL: CDC begs Americans not to travel for Thanksgiving