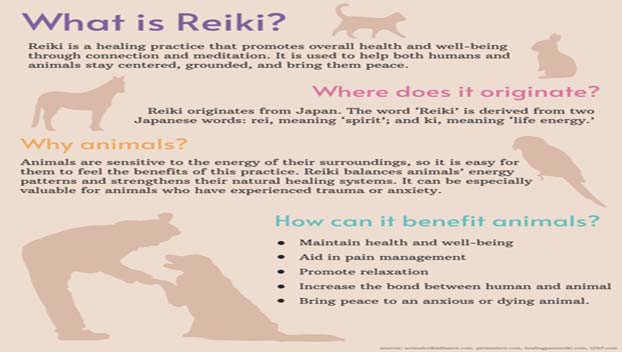 Marcia McCollum Hebrank first discovered she had what she considered special healing abilities when her mother grew terminally ill.

When caring for her mother, bathing and dressing her, Hebrank’s hands would get warm — and, almost like magic, her mother would start to feel better. So, after her mother passed away, Hebrank decided to get to the bottom of it, learning as much as she could about spiritual intuition and holistic healing.

But Hebrank, a certified animal communicator and animal Reiki practitioner, has always had a special connection with animals. No matter where she is, animals approach her.

“I’m a little bit like Dr. Doolittle, I guess,” Hebrank says with a laugh.

Hebrank, who previously worked as a clinical social worker for more than 20 years, has been a spiritual healer and intuitive in North Carolina since 2003. She owns a private practice, One Light Center, in Durham.

Though often referred to colloquially as “pet psychics,” animal communicators can’t read minds — they only know as much as an animal tells them.

Animal communication most closely resembles telepathy — the ability to send and receive thoughts, images and feelings over a distance. In many ways, animal communicators can serve as a translator between people and their pets, helping to establish a line of communication when problems arise.

The goal of animal communication is simple: to create a dialogue between the communicator and animal. Animal communicators listen to what the animal has to say, then pass the information on to the animal’s human companion — thereby clarifying behaviors that may be confusing or unknown.

Animals express themselves through feelings and visualizations, which the animal communicator can pick up on and interpret.

“Sometimes, I’ll be working with an animal, and I’ll feel anxiety,” Hebrank says. “And it’s not mine.”

Whether it’s cats, dogs or birds (parrots especially), animal communicators say they can connect with nearly any member of the animal kingdom.

For Lindsay Blotzer, a holistic healer who owns EarthWise Wellness in Pittsboro, working with animals is newer. 2020 has given her a chance to slow down and revisit her love of animals.

“We think we’re here to take care of them,” Blotzer says, “but really, they’re the ones taking care of us.”

What about animal Reiki?

Reiki is a form of alternative medicine that emphasizes physical and emotional healing. The name is derived from two Japanese words: rei, meaning spirit, and ki, meaning life energy. Reiki, which can be shared with humans as well as animals, has grown in popularity, even becoming commonplace in some of America’s most respected hospitals.

Whether it’s aiding in pain management for animals who are ill or promoting relaxation for animals with anxiety or stress, practitioners say Reiki might be just what your pet needs to feel like itself again.

However, Reiki is generally not considered a replacement for medical care. Rather, it serves as a complement, creating a peaceful, soothing space for people and pets to heal.

Hebrank started out doing animal Reiki with rescue cats at stores like PetSmart and Petco. Once a week, she’d take the cats out of their cages, play with them and, if they were willing, she’d offer them Reiki.

“They can really soak up a lot of healing, and the rescue animals, they need it,” Hebrank says. “They’ve been through an awful lot.”

Healing in a COVID-19 world

As the coronavirus pandemic surges on, animal communicators and healers say their work is more important than ever.

“I can sense and feel a lot of the stress and anxiety this year,” Sarah Granahan, who owns Color My Spirit Wellness in Raleigh, says. “All the ups and downs that everybody on every level has been experiencing.”

In fact, when the pandemic began, the animals noticed. Granahan could sense it.

“Even the birds were more quiet,” Granahan says. “I could hear them wondering, ‘What’s going on? Where is everybody?’”

Granahan says her dog was confused why her family was suddenly around all the time, thrown off by the lack of peace and quiet.

Does it really work?

While animal communication and energy healing continue to grow in popularity, not everyone believes it works. But most animal communicators don’t claim to be psychics. Instead, they consider themselves intuitive empaths — highly observant and able to interpret changes in behavior.

According to the National Center for Complementary and Integrative Health, Reiki has not clearly been shown to be effective for any health-related purpose — but it hasn’t been shown to have any harmful effects, either.

Though Reiki has been studied for a variety of conditions — including pain, anxiety and depression — most of the research has not been of high quality, and the results have been inconsistent. There’s also no scientific evidence supporting the existence of the energy field thought to play a role in Reiki.

Blotzer, who has a background in the physical sciences, understands these doubts. Not everyone will be convinced, she says, and that’s OK — but keeping an open mind is essential.

“We can’t see love, but we can feel it,” Blotzer says. “In fact, there’s a lot we already believe in that we can’t physically see or touch.”

Those seeking the help of an animal communicator should be on the lookout for cold readers — practitioners who encourage the person receiving the reading to provide all the details. A cold reader might use vague language, ask lots of questions or make statements that are obviously true.

Animal communicators probably can’t tell you everything your animal is thinking, and animal Reiki can’t cure the incurable. But they might help explain why your pet is acting strange, or ease the pain and anxiety your pet is feeling.

At their core, practitioners say, these modalities are rooted in one thing: love.

“It’s not just about the animals,” Blotzer says. “It’s about all of us, and how we can all love more.”