William Brandon Tidwell was arrested Tuesday morning by sheriff’s deputies in Richfield after they say he physically abused his girlfriend, Hannah Bolton. 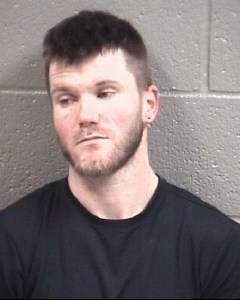 Though Bolton says she was abused by Tidwell once before, she said it was never as bad as what she alleges happened Tuesday.

Sheriff Jeff Crisco said his deputies responded to an early morning call from Bolton who claimed Tidwell was running into the house to grab his gun after he had assaulted her. She sent her 5-year-old son across the street to her grandmother’s house to make sure he was safe.

About a dozen officers, including a SWAT team, arrived on the scene at Tiffany Woods Road and tried to talk Tidwell into coming out of the house. They eventually gassed the house and as they were setting up a perimeter, they discovered he had fled.

Tidwell was arrested at Richfield Park around 11 a.m. He was charged with assault on a female and communicating threats. He was put in jail under a $1,500 bond.

He was charged in October with misdemeanor possession of a controlled substance schedule VI up to half an ounce and misdemeanor simple assault, according to the Salisbury Post.

“I feel like other women need to be warned and they need to know they can get away and they don’t have to let the cycle of abuse go on,” Bolton said.