The Stanly Community College Foundation has announced the appointment of Wes Almond, David Chamberlin and Jade Stallings to the Foundation’s Board of Directors.

“I am so pleased that Wes Almond, David Chamberlin and Jade Stallings will be joining our board. All three of them will be valuable assets as we work to support the mission of the Foundation,” said Cindy Beane, chairwoman of the SCC Foundation.

Almond will serve a three-year appointment ending in 2023. Almond works at Garmon Mechanical Services, Inc. as the service manager. He has been with GMS since 2004 in various roles. 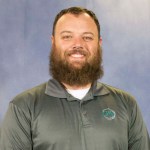 He was born in Stanly County and relocated to Granville County before returning after high school. Almond holds a NC Mechanical Contractors license and multiple certifications that he earned through GMS and SCC. He assisted with the development of the Heating, Ventilation, and Air Conditioning (HVAC) program at SCC, and is an HVAC instructor at Albemarle Correctional Institution.

Chamberlin will serve a three-year appointment ending in 2023. 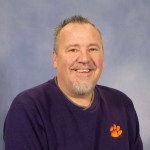 Chamberlin is the customer service manager for Canteen Corporation. He has served more than 32 years in the vending and food service industry. Prior to his career in food service, he served his country in the United States Army.

Chamberlin’s passion for the food service led him to start his own catering business, and he serves as owner of Kustom Katering. He has always been an advocate for the SCC Foundation and shows his support each year during the golf tournament. He was instrumental in securing several in-kind donations for the 2019 event.

Stallings will also serve a three-year appointment ending in 2023. 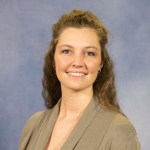 Stallings earned an Associate in Arts from Stanly Community College, and is a student at Impact University, in Clemmons, in pursuit of her Bachelor’s Degree in Ministerial Counseling. She has held various roles in banking for the past seven years that include personal banker, customer service representative, loan officer, assistant branch manager and branch officer.

Stallings is the assistant branch manager at First Bank in Locust, and helps develop commercial and residential lending for Stanly County and the surrounding area.

Stallings is married and a mother of a 7-year-old daughter and 3-year-old son. She is also active in her church, serves on its executive leadership team and leads the children’s ministry department. She and her husband also administer a weekly “life group” at their home in Albemarle.