PEEKING INTO THE PAST: The Noah Pennington Home 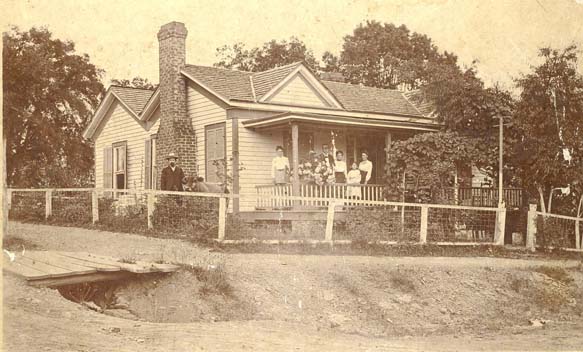 The Noah Pennington home in downtown Albemarle in the early 1900s.

Today’s picture shows the home of Noah Pennington. He purchased the home that was at the corner of Second and North streets, next door to Central Methodist, from a Mr. Russell in 1890.

According to the Albemarle Press, in late 1925 the house was sold but the deal evidently fell through.

According to the Stanly News-Herald the property was sold again in May 1926 to the Standard Oil Company for $16,100.

As a part of the deal Pennington had agreed to move his home to the back of the property and a new Esso station was soon built.

The Wilhelm family began their long history with this station when they purchased it in 1934.

The Pennington home was later demolished about 1953 in order to make room for the Home Savings and Loan building that later housed WABZ radio and now is a Youth Center for Central United Methodist.