PEEKING INTO THE PAST – The origins of The Stanly News & Press 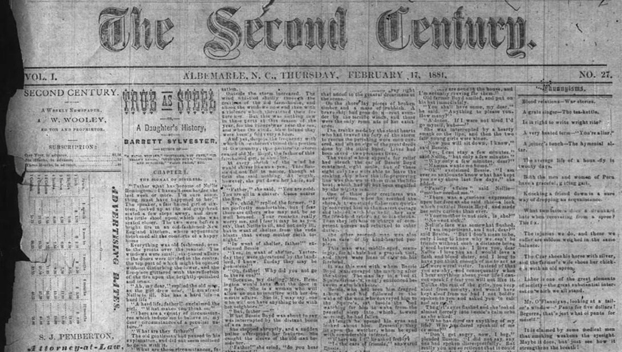 The Stanly News & Press is celebrating its 140th anniversary this year. The paper’s history can be traced back to a newspaper known as The Second Century. The Second Century, published by Dr. P.W. Wooley, was first published on June 10, 1880. Unfortunately, no editions from 1880 have survived. Today’s photo, from the Feb. 17, 1881 edition, is the earliest known edition of that newspaper. Quite a few local papers existed over the following decades. Eventually the final two papers, The Stanly News-Herald (a successor of The Second Century) and The Albemarle Press, competed for readers during most of the 1920s. In November 1929, both of these papers announced The Stanly News-Herald would merge into The Albemarle Press to form the Stanly News and Press. The first edition using the new name was published Dec. 3, 1929. — {Lewis Bramlett – Stanly County Historical Society}

DOUG CREAMER COLUMN: Getting ready for the storm