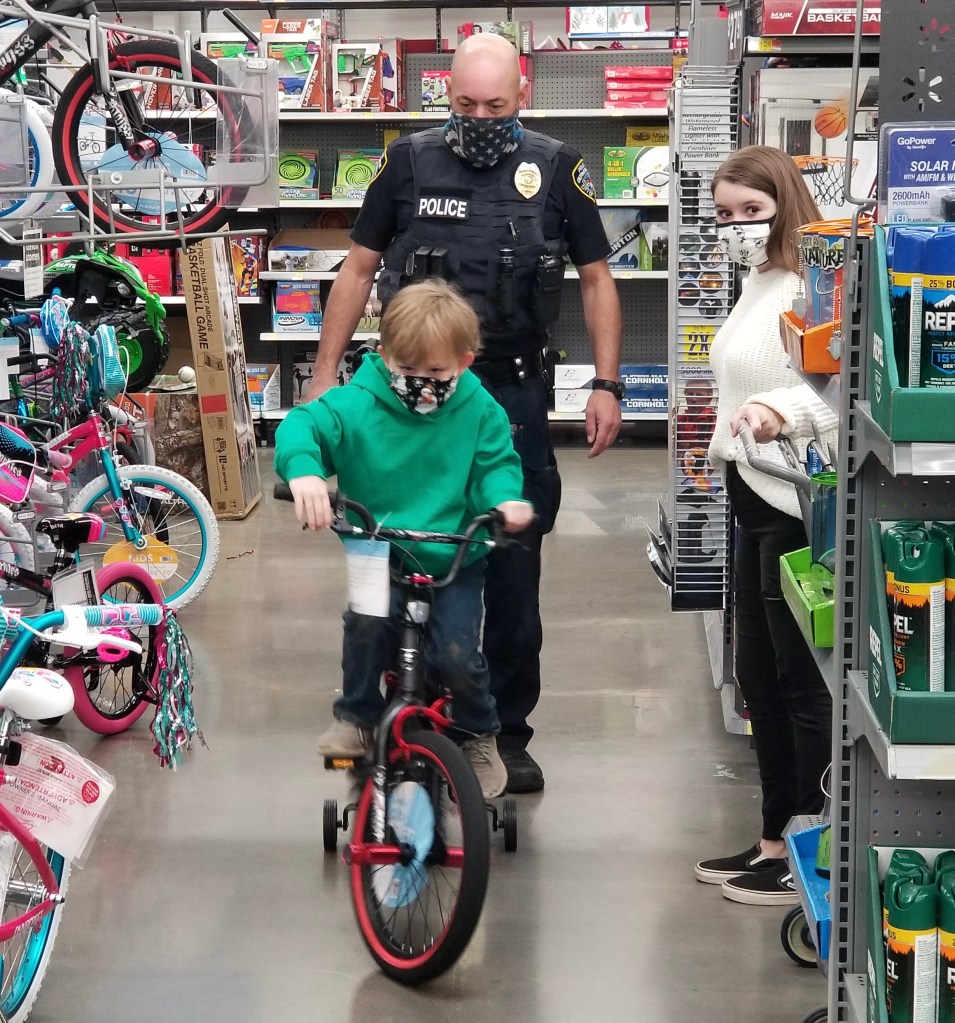 While it might have looked a little different this year, children from around the county still got to have fun with police officers Dec. 12 as they picked out Christmas presents at the Locust Walmart as part of the Shop with a Cop program.

The goal of the program is to foster positive relationships between the youth and police. This is the sixth year the program, which takes place across the country, has been in Locust.

A total of 15 children, who were in kindergarten through fifth grade, were selected from Locust, Oakboro and Stanfield elementary schools through an application process with the assistance of teachers and guidance counselors.

“We want to thank those agencies for continued support,” said Locust Assistant Police Chief Kevin O’Connor, who helped organize the event along with Locust Police Detective Brittany Tucker. “This has been a very tough year for everyone, it was a much needed dose of positivity not only for the kids but also the officers.”

Some of the changes for this year’s program, due to the COVID-19 pandemic, included everyone wearing masks and having a nurse on site to check temperatures and ask screening questions during registration, O’Connor said.

Each officer was paired with a child and they were allowed with a specific amount, $350, to spend on toys and clothing. O’Connor said that specific clothing needs were discussed with parents prior to the event.

Sheriff Jeff Crisco, along with his wife Jody, spent his morning with Kristiana Ashbrook, a third grade student at Locust Elementary. She got a hoverboard and a helmet along with some L.O.L. Surprise dolls.

“We absolutely loved it,” he said about the event, adding that he initially didn’t think it would happen due to the pandemic.

The officers let the kids play with the blue lights and sirens as they travel to and from Walmart. “It’s all about them,” Crisco said. 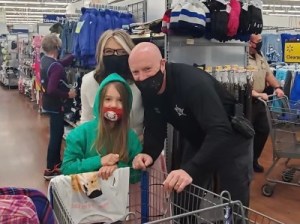 The funding for the event was obtained through a Walmart Community Grant and through business and citizen donations.

After everyone finished shopping, the officers and their new-found friends went to Officer Jeff Shelton Park to reunite the kids with their families.

“It’s such a privilege to be a part of the Shop With a Cop program,” said Oakboro Police Chief T.J. Smith. “We in the law enforcement community are blessed to have Locust Police Department Assistant Chief Kevin O’Connor and Detective Brittany Tucker who have hosted this program for the last several years. Stanly County is blessed to have citizens who truly take care of their own.”