The Paul Harris Award is given to those who contribute or have contributions made in their name to the Rotary Foundation. Paul Harris Fellows, one of the many programs carried out by the Foundation, is to annually give grants to 1,000 students to study overseas and act as cultural ambassadors. 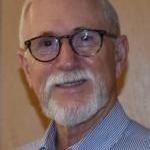 The Albemarle Rotary Club meets each Thursday at noon.