‘Worst thing I have ever experienced’: Albemarle nurse talks about her ongoing struggle against coronavirus

Two weeks ago, Heather Whitley was a healthy 35-year-old nurse who exercised four to five times a week, usually with circuit training workouts or yoga.

As a nurse case manager for United Healthcare, Whitley works remotely from her home in Albemarle and has dealt with patients all over the country who have the coronavirus, including some who have died.

Her life changed last week, though, when a rapid test administered by Albemarle Urgent Care revealed she had the virus. Whitley discovered the news on Christmas Eve. She had previously experienced sinus issues, a high fever and chills, though she didn’t have any of the more obvious symptoms associated with the virus, such as loss of taste or smell.

She was released from the Atrium Health Stanly Sunday, though she still has bilateral severe pneumonia.

Whitley is one of more than 4,000 residents in Stanly County who have contracted the virus since March. Cases have risen dramatically over the past few weeks, which health officials have said is likely a result of the Thanksgiving holiday. 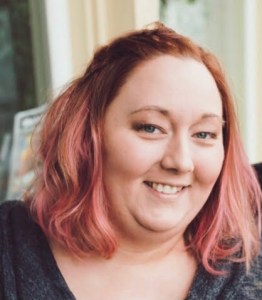 As someone who has been careful about following proper safety protocols, Whitley has no idea where she got contracted the virus. She calls her experience dealing with COVID-19 “terrifying.”

“The struggle to breathe and not finding the air is horrific,” she said in an interview.

Whitley has been documenting her struggle with the virus over the past week on Facebook. On Christmas, for example, she posted that her fever broke in the early morning though she was still feeling “very weak and run down.”

“I’m trying to get up and and move around every couple hours to stretch my lungs,” she wrote.

Her shortness of breath worsened towards the end of last week and once she noticed her oxygen levels decreasing Sunday, Whitley communicated with her health care provider via a televisit and she went to the emergency room. The x-ray of her chest revealed severe Covid-related pneumonia.

Whitley was given fluids, the steroid dexamethasone and zofran for her nausea. Once her oxygen levels improved she was released from the hospital.

“I’ve never experienced anything like this,” she said. “Two weeks ago I was healthy, exercising regularly and now I can barely walk without assistance.”

Her husband and teenage daughter live with her and have been helping to care for her the past week. While she tries to keep away from them as much as possible, she calls it a “pretty safe bet” that they also have the virus.

“Unfortunately there’s not much we can do since we live in a small home and I require so much care,” she said.

Whitley says several of her other family members who she had been around have since contracted the coronavirus.

She calls on people to take the virus seriously and not downplay its severity by referring to it as a hoax or comparing it to the common flu.

“I’ve had the flu several times and I’ve never thought it would kill me,” she said. “I can’t say the same for this. This is the worst thing I have ever experienced.”

Whitley urges the public to do everything they can to slow the spread of the virus.

“I know it’s hard and it all seems unfair, but it’s not worth this.”

Though now at home again, she still finds herself short of breath and is fighting fevers.

“The steroids have seemed to ease the struggle to breathe some so I am thankful for that,” Whitley said. She also mentioned on Facebook that laying on her stomach has also helped.

Having worked with patients who continue to report issues with breathing months after recovering from the virus, Whitley is concerned she, too, could suffer from lingering issues even after she gets better.

“I hope my age will help, but I am scared that this will not just be over once the virus is out of my system,” she said.

Whitley wrote on Facebook on Monday that she initially was reticent about getting the coronavirus vaccine (she thought it was “too soon,” she posted), but as she continues to battle the virus, her perspective has since changed.

“I’ll get that damn vaccine as soon as I can, and so will my whole family,” she said.