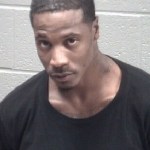 Shortly after 5 p.m. Dec. 20, 2020, Albemarle Police officers responded to South Morrow Avenue and East Main Street in reference to a shooting. When officers arrived on the scene, the victim was located sitting in a vehicle at the stop sign on South Morrow Avenue. The victim had a gunshot wound to his head. Stanly County EMS arrived on the scene and transported the victim
to Atrium Health-Stanly. The victim, Michael Forte, 31, of Albemarle later succumbed to his injuries.

If anyone has any additional information about the incident, you are asked to call the Albemarle Police Department at 704-984-9500 or you can leave an anonymous tip at 704-984-9511.