PEEKING INTO THE PAST – Cottonville Baptist Church 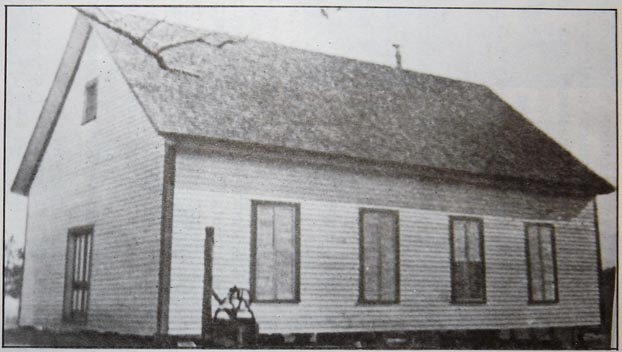 Cottonville Baptist Church was first formed in 1889 by 17 charter members who had come from several area Baptist churches. They first met at Log Cabin Schoolhouse before building their own building {see photo} about 1890.

The church continued to grow and in 1949, five Sunday School rooms were added. During 1960, the church underwent a major remodeling when the building was covered with brick. The debt from this construction was paid in full by 1964. A steeple was added at this time as well.

A parsonage was built in 1973 and a new educational building was completed in 1983. The sanctuary was enlarged in 1985.

In 1995 the original parsonage was sold and the next year a new one was constructed.