PEEKING INTO THE PAST – Badin Library 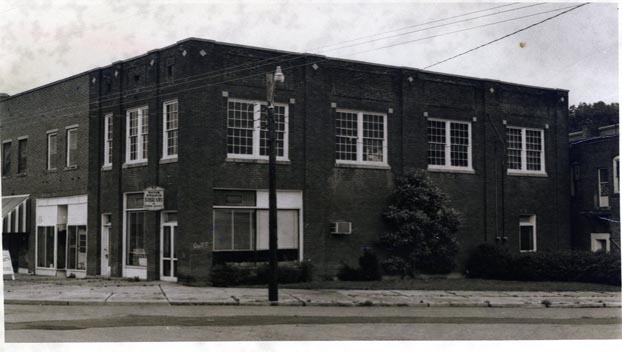 1952 Photo of Building in Downtown Badin, North Carolina, where the 118th ACW Sq's "B" Flight held held training meetings upstairs twice a month; one Monday night and then one day over a weekend each month. (Photo by NCANG Heritage Program)

On Jan. 24, 1939, Stanly County Librarian Evelyn Parks announced that the library would be opening a branch in Badin later in the week.

It was sponsored by a group of Badin women led by Mrs. Walter Fickes and Mrs. S.A. Copp.

The Carolina Aluminum Company provided use of the old Badin Bank building at the corner of Falls Road and Walnut Street.

The new branch, believed to be the first in the county, was open daily and was managed by librarian Lela Kearns. The upstairs was used as a meeting place for groups such as the local Boy Scout troop.

The branch later relocated to Pine Street into a building that had previously served as medical offices.

Now known as the Jim and Bess Vann Memorial Library, it is still in that location and is an important part of the community.