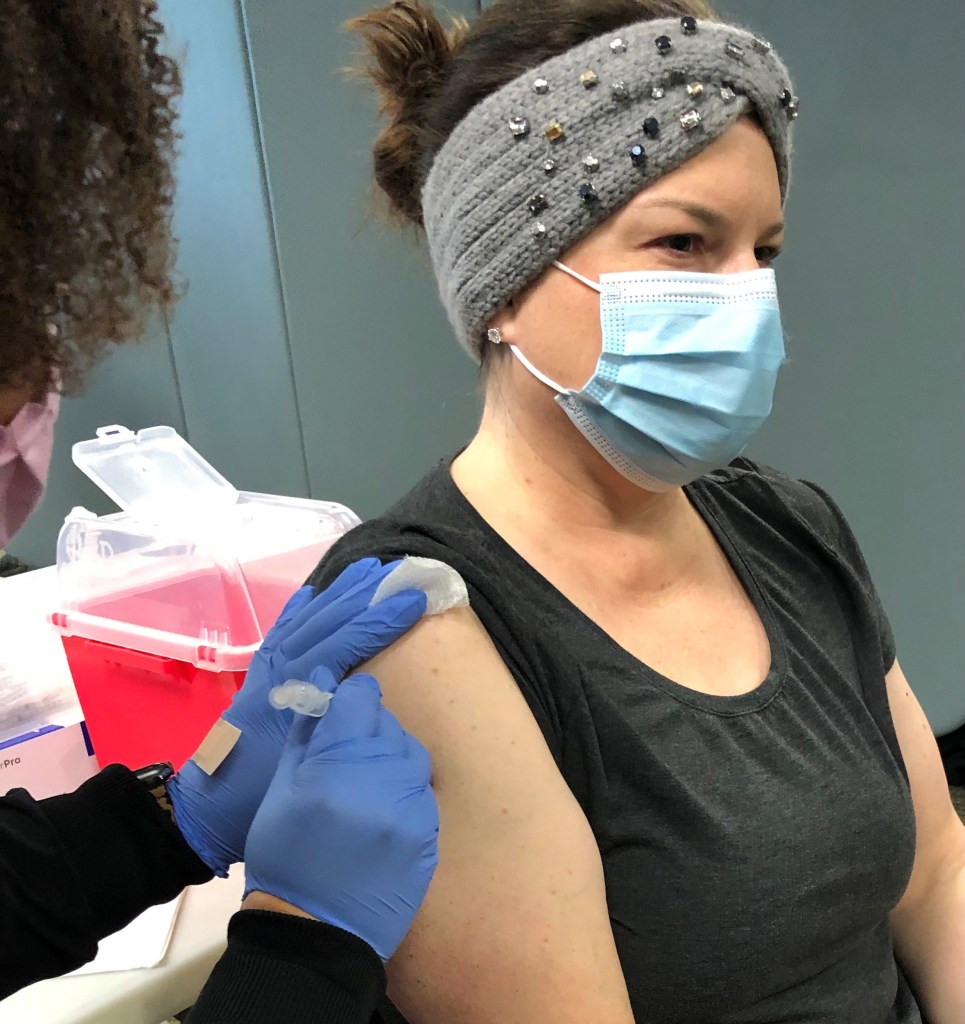 As of Wednesday, 645 people in Stanly County have received the first dose of the coronavirus vaccine, either Pfizer or Moderna. Of that group, 43 have received both of the necessary doses.

Across the state, almost 240,000 people, or roughly two percent of the population, have received the first dose of the vaccine, according to state data.

While social distancing and mask-wearing help reduce the chance of being exposed to the virus or spreading it to others, in order to be able to return to pre-pandemic lives, health officials say enough people will have to be vaccinated in order to achieve herd immunity. If enough people get the vaccine, health officials have estimated the U.S. could return to some sense of normalcy by the fall.

Dr. Anthony Fauci, the top infectious disease expert in the country, said that to get back to normal, between 75 percent and 85 percent of the population will need to to get inoculated against Covid-19.

The county health department is vaccinating individuals in Phase 1a, medical workers fighting COVID-19, and those in Phase 1b, which includes adults 65 and older, and frontline essential workers such as teachers and first responders. The vaccine is free.

Stanly County Health Director David Jenkins told commissioner Peter Asciutto in a Facebook Live video Friday that the department is vaccinating about 200 a people a day with the goal of trying to eventually increase it to 300 people. Jenkins recommended that even when people get fully vaccinated to continue wearing masks and social distancing while in public.

Tina Lewman, 48, was initially hesitant to get vaccinated.

Lewman, who heads the respiratory therapy program at Stanly Community College and also works part-time at Atrium Health in Charlotte, didn’t know enough about the vaccines and was concerned with how quickly they were produced and approved.

But after talking with physicians, doing her own research and hearing about the debilitating effects of the virus from one of her friends who contracted it in November, she quickly changed her mind.

“I think the damage that it (the virus) could do far outweighs the risk associated with the vaccine,” she said.

She received the first dose of the Pfizer vaccine from Atrium Health Dec. 28 at Charlotte Douglas International Airport. After having her temperature checked, Lewman, who was wearing a mask, received the shot in her right arm. As a general safety precaution, she waited about 30 minutes after receiving the shot to make sure she had no adverse reactions, which she did not.

Aside from feeling a little nauseous after receiving the shot, which went away within a few hours, Lewman said it felt the same as other vaccines she’d received in the past. What surprised her was that while her arm was bruised, it was never sore.

She is scheduled to receive her second dose of the vaccine on Monday, though Lewman admits she’s apprehensive because she’s heard that the second dose has been associated with more severe side effects.

“I’ve heard more stories of individuals who’ve taken the second vaccine who’ve had flu-like symptoms,” she said, noting though that it’s simply a “normal immune system response.” Lewman plans on not working as much in the days following her second shot “just in case I need the space to rest and recover.”

She’s excited that she’s part of a small group of people in the country — only about 9.3 million people which accounts for less than 3 percent of the country — who have already received the first dose of the vaccine.

While she understands people have reservations about the vaccine, she still encourages as many people as possible to get vaccinated.

“We’re gonna be in this pandemic longer if more people hold off,” she said.

Stanly County Family YMCA CEO George Crooker, 55, never wavered when it came to receiving the vaccine. While he knows it’s a personal choice for each person, he wanted to get vaccinated to better protect his wife, who has underlying health conditions.

“For me personally I thought it was the right decision to do,” said Crooker, whose been tested three times and quarantined twice, though he’s never contracted the virus. “I was more worried about bringing this (the virus) home.”

Since he works part-time at Stanly Funeral Home, he was eligible to receive the vaccine as part of the state’s Phase 1a, which focuses on medical workers fighting COVID-19 and includes morticians and funeral home staff.

Crooker received the Moderna vaccine around 10 a.m. Tuesday at the health department’s drive through site at the Stanly Commons.

“It was kind of like driving through McDonalds,” he said about the process. As a precaution, he waited in the parking lot for about 30 minutes afterward, where health officials checked on him to make sure he was okay.

Aside from a little soreness in his left shoulder, he said receiving the shot felt no different than any other vaccine he has received.

“Shingles hurt worse than this,” he said.

Crooker is scheduled to receive his second Moderna shot in four weeks.

“I would just say it’s a personal decision and it’s not my place to say who it’s good for and who it’s not, but it was the right thing to do for me personally,” he said.

North Stanly High School history teacher Lori Baucom, 51, received the first dose of the Moderna vaccine at Albemarle Middle School Thursday. Similar to Lewman, she was initially a little reticent about getting the vaccine, given its rushed approval, but after speaking with friends who were in the medical field, she changed her perspective.

“I was actually excited and optimistic to get it and to move towards a time of normalcy,” she said.

She estimates the whole process took around 45 minutes. There were about 10 nurses stationed inside the school’s gym who administered the vaccines.

Baucom was one of 250 Stanly County Schools employees ages 50 and older who expressed interest in receiving the vaccine, according to the results of a survey sent to SCS staff. Others who have received the first dose include Superintendent Jarrod Dennis, Assistant Superintendent Vicki Calvert and Director of Student Services Beverly Pennington.

“They did an excellent job,” Baucom said of the school nurses who administered the vaccines. “They made you feel very much at ease. I was very impressed with how organized it was.”

She’s had no side effects and said the process was similar to getting a flu shot. She’s scheduled to receive the second dose of the vaccine in mid-February.

Baucom encourages people to get vaccinated, saying it’s the only way to ensure the country can get back to normal and that students can resume full-time in-person learning.

“How did we get rid of these things (viruses, diseases) in the past?” she said, putting on her history teacher hat. “We have to trust the science.”