Albemarle Police Department made an arrest last week as part of a growing problem in the area: theft of motor vehicle parts.

Officers responded Jan. 13 to an incident of catalytic converter theft that happened at 2218 E. Main St. The next day, officers found a suspect vehicle at 1600 N.C. Highway 24-27 Bypass W. 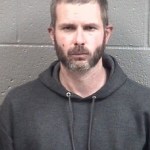 Jackson was taken to Stanly County Jail and received a $10,000 secured bond for his release. His first court appearance is March 22.

After further investigation, police detective were able to issue 13 additional warrants for Jackson for larceny of motor vehicle parts. Jackson is considered wanted for these additional offenses.

Anyone with additional information as to the whereabouts of Jackson is asked to call the Albemarle Police Department at 704-984-9500 or you can leave an anonymous tip at 704-984-9511.

“Catalytic converters are like other motor vehicle parts. It holds value due to the type of metal located inside the unit and can be sold for quick money,” Albemarle Police Chief David Dulin said.

A catalytic converter is used as a defense mechanism against harmful exhaust system emissions.
Locust Police Chief Jeff Shew said his department has had at least four incidents since June. The thefts usually happen to vehicles that are not driven regularly or have been parked for a long time.
“As a result, once they realize it’s gone it may have been several weeks since they last knew it was still on the vehicle,” Shew said. “Converter thefts are not a routine occurrence but does seem to happen every few years after several years of no reports.
“I wouldn’t consider four since June as a crime wave by any means, but it is more than we’ve had in recent years,” he said.
Oakboro Police offered tips to deter thefts:

• Park inside a garage;

• Park close to a building entrance or near a busy road;

• Add video surveillance to the area of your home or business;

• If you plan on being away for a period of time or a closed business overnights and weekends, let local police know. Some areas may be able to set up security checks of the premise.