PEEKING INTO THE PAST – The Graystone Inn 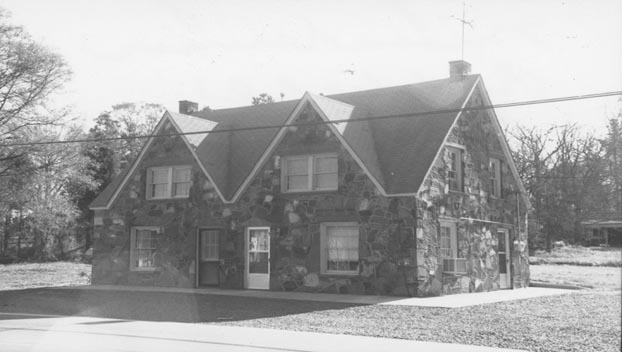 Believed to have been built in the early 1940s, the history of this building in Misenheimer has been hard to uncover. The earliest references were found in Pfeiffer yearbooks from the mid-1940s. The building housed a café that was known as Jesse N. Cruse and Son.

The business changed hands about 1948 and was managed by E.M. Wagoner and his wife. The name Graystone Inn first appears in 1950 and the Wagoners seem to have left about 1954.

The 1957 annual includes an ad for a student-run business called the Greystone Inn (note spelling change).

According to James Kemp, Pfeiffer class of 1955, “Only a few feet from campus and probably the first ‘fast food’ spot ever for a Pfeiffer student, Crew’s and later the Graystone Inn, was where we raced after study hours with our dates for more music, a nickel cup of coffee, a pack of Lance crackers or a Moon Pie, and a R.C. Cola.”