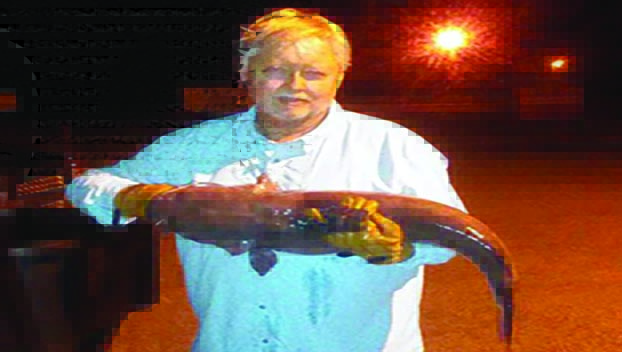 It took 50 years and one ounce to break the current state record for a channel catfish, but John Stone, of Pinehurst, now holds the new record after catching a 23-pound, 5-ounce catfish from a private pond in Moore County last September.

The previous record holder was E.J. Bowden, of Rocky Mount, who caught his record-breaking channel catfish back in 1970 while fishing City Lake with his then 5-year-old son Louis.

Stone, who is an at-large wildlife commissioner, caught his fish using cut bait. He had his fish weighed on certified scales at Tractor Supply in Biscoe. He was the third angler in 2020 to break a catfish state record.

To qualify for a N.C. Freshwater Fish State Record, anglers must have caught the fish by rod and reel or cane pole; have the fish weighed on a scale certified by the N.C. Department of Agriculture, witnessed by one observer; have the fish identified by a fisheries biologist from the Commission; and submit an application with a full, side-view photo of the fish.

For anglers who catch a catfish that doesn’t quite measure up to this latest record-breakers but yet still meet minimum size and length requirements, the Commission has a channel catfish classification for its North Carolina Angler Recognition Program. NCARP officially recognizes anglers who catch trophy-sized freshwater fish that do not qualify for a state record with a certificate featuring color reproductions of fish artwork by renowned wildlife artist and former Commission fisheries biologist Duane Raver.