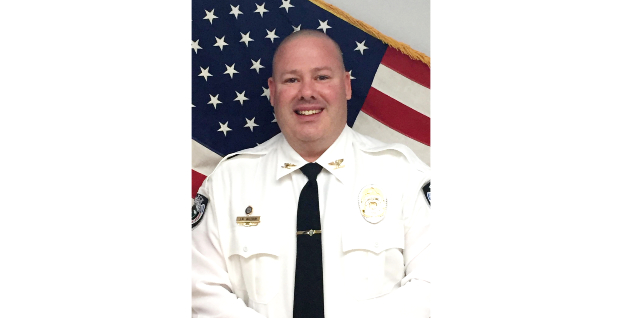 Norwood Police Chief James Wilson has been named Region 3 director of the of North Carolina Association of Chiefs of Police.

Wilson was nominated by his peers for the position.

As the elected regional director, Wilson will organize yearly training, attend legislative meetings in Raleigh and serve as the liaison between the association and the region (Stanly, Anson, Union, Cabarrus, Mecklenburg, Gaston, Lincoln and Cleveland).

“Chief Wilson is very deserving of this recognition,” said Town Administrator Scott Howard. “I know he will serve the Association of Chiefs of Police with the same honor and distinction that he serves the citizens of Norwood with each and every day.”

The North Carolina Association of Chiefs of Police was founded in 1977.

Wilson has served as the Norwood chief for more than five years. He has a master’s degree from American Public University in homeland security with a concentration in criminal justice and terrorism studies. In 2017, he graduated from the FBI National Academy at Quantico, Virginia.

Wilson serves his community as youth leader and Sunday school teacher at Memorial Baptist Church. He also serves as a professor of homeland security and criminal justice studies at Pfeiffer University. In his spare time, he enjoys spending time with his family and hunting, fishing, hiking and camping.

“I am honored and humbled to continue to serve my community in the new capacity with the NC Association of Chiefs of Police,” said Wilson. “I will work, as always, to provide a safe environment, to enforce laws, and to serve our citizens with honor and integrity.”