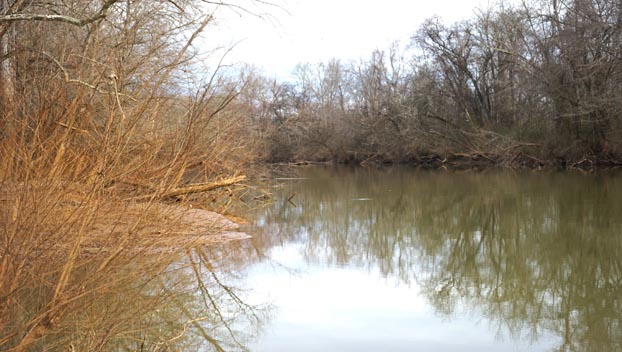 Three Rivers Land Trust (TRLT) has announced the recent transfer of a 10-acre boating access area, near the confluence of the South Yadkin and Yadkin River, to the N.C. Wildlife Resources Commission (NCWRC).

This boating access area was on private property owned by the Crowther family, but was operated and maintained by Alcoa (Aluminum Company
of America). In 2016, after almost a decade of lawsuits, the Relicensing Settlement Agreement, (RSA) became final which called for this existing launch to be abandoned.

“Three Rivers Land Trust staff were the first to realize that this important boating access area was no longer required by the RSA and in fact had been abandoned,” said Travis Morehead, executive director of TRLT. “This launch site is critical for anglers and sportsmen who utilize the nearby High Rock tracts of the Alcoa Game Land.”

Understanding the critical nature of this launch, TRLT staff began to work with the NC Land and Water Fund (LWF), NCWRC and the Crowther family to transfer this property into the public trust.

“Our family has a longstanding relationship with the land trust. In fact, my husband and I placed a permanent conservation easement on our property ensuring that it would remain undeveloped in perpetuity,” she said. “We see the intrinsic value of conserving the natural river setting and as well as providing for public access.”

In honor of the Crowthers commitment to conservation and public access and at the request of TRLT, the NCWRC Board of Commissioners approved naming this launch for the Crowther family at its December meeting.

“Acquiring and keeping this launch open was and is incredibly important, especially, in light of the recent partnership with TRLT where the NCWRC acquired over 2,400 acres of the nearby High Rock Tracts of the Alcoa Game Land,” said Brian McRae, NCWRC land and water access chief. “The Crowther BAA is currently open; however, we are beginning a renovation to bring it up to our typical standards and make it ADA accessible. We expect these renovations to be completed by early summer.”

TRLT is committed not only to permanently conserving land, but also to make additional recreational lands available for the public. This project brought private citizens, state agencies and a local conservation nonprofit together for two goals, permanent conservation and public access. It turned out to be a great combination that can now be enjoyed by everyone, for generations to come.