PEEKING INTO THE PAST – The Denning-James Building 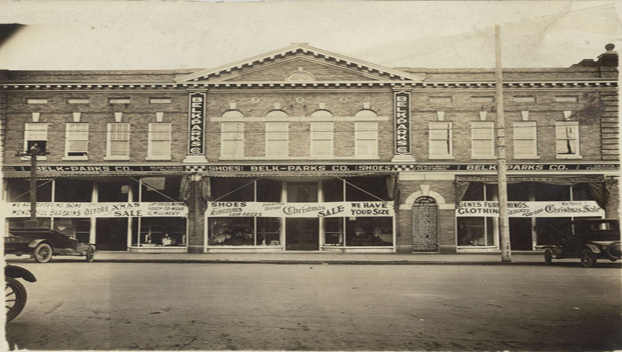 Originally constructed in 1908, the Denning-James Building was located on South Second Street.

Some of the tenants included Farmer’s Hardware, Stanly Auto and Smith Bakery. The building’s most well-known tenant was likely Belk-Parks Department Store, managed by Karl Brome, that opened June 22, 1917.

John Parks from Concord, who was a partner with the Belk family in several stores, left the business in 1928 and the name of the local store was changed to Belk’s.

The business stayed on South Second Street until they were able to move to West Main into the building next door to Starnes in 1933.

The Denning-James building housed a variety of tenants over the following 35-plus years until it was one of the buildings demolished to make way for the current Stanly County Courthouse.

DG MARTIN COLUMN: Civil war — our people versus my people?