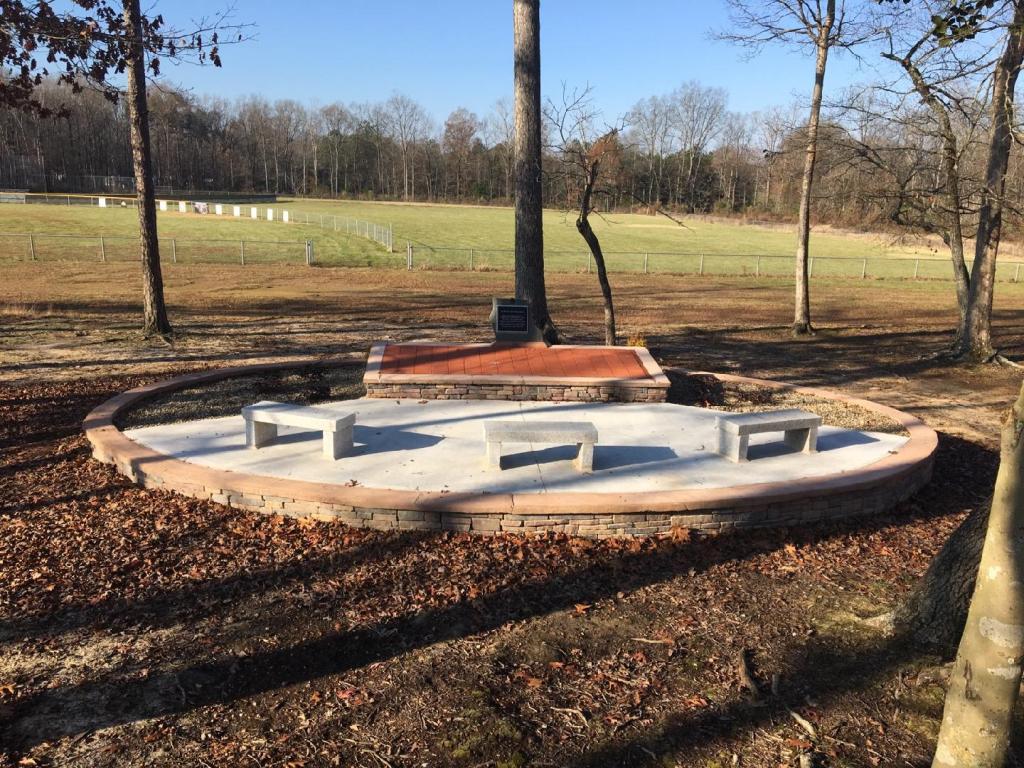 The Teacher's Memorial in Richfield Park was competed within the past week and honors a former Richfield School teacher Davida Gates. Photo courtesy of Willie Drye.

After more than a year of construction, the idea conceived by a few Richfield natives to honor one of their childhood teachers has been fully realized as the Teachers Memorial in Richfield Park was completed within the last week.

Anyone wanting to honor a favorite teacher can purchase a brick engraved with the teacher’s name that will be added to the memorial. Bricks are $50 each for up to two bricks and $45 each for three or more bricks. Forms for the bricks are available at Richfield Town Hall, 138 NC Highway 49, and requests for forms can be sent to Town Administrator Carolyn Capps.

All money from the brick sales will be used for the maintenance and upkeep of the memorial. Payments can be made by personal check or money order.

Inspired by their sixth grade teacher at Richfield School, Davida Gates, journalist Willie Drye, then-Councilman Jim Misenheimer and a few friends from the 1962 class set about creating a memorial to not only honor Gates but other teachers who have made an impact on the lives of county residents.

“We wanted to remember this wonderful teacher we had a long time ago and in the process recognize that there are still good, dedicated, professional, committed teachers out there who deserve our support and respect,” Drye said.

The memorial is intended to honor teachers at all levels, Drye said. Teachers who have taught at accredited schools, colleges and universities anywhere in the world are eligible.

While Gates was a stern disciplinarian who expected her students to follow the rules, Drye noted she also took great personal interest “in all aspects of her students’ welfare in and out of the classroom.” After several of the classmates reunited with Gates over a decade ago, they decided to create a memorial for her, which expanded into one for teachers in general. 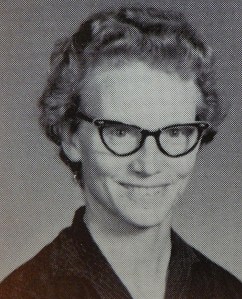 Drye, Misenheimer and other classmates had been raising money for the memorial ever since the proposal was first approved by the Richfield Town Council about a decade ago.

The memorial is an ellipse, 30 feet by 20 feet, with a wall raised slightly above the floor of the memorial along with three granite benches, Drye said. There’s space for at least 200 bricks inside the ellipse monument.

There is a plaque at the memorial honoring Gates, who died in 2010. It reads in part: “Our hope is every child is fortunate enough to have at least one teacher like her.” 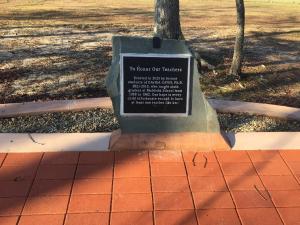 The plaque at the Teachers Memorial in Richfield Park. Photo courtesy of Willie Drye.

The plan is to have a dedication ceremony for the memorial sometime after the pandemic when people can safely gather together.

The cost of materials for the memorial was paid by public donations. The memorial is constructed of local stone and its design is intended to “echo” a nearby veterans memorial in Richfield Park.

The primary work on the memorial was done by stonemasons Randy Sells and Madison Sells, and Bill Barringer, a retired engineer who was in Gates’ sixth grade class in 1962. Barringer was assisted by Eddie Hudson and Misenheimer. Engraved granite benches honoring Gates were donated by John “Lynn” Fisher and landscaping trees were donated by Charles “Butch” Brooks, a Richfield dairy farmer. BRS Construction Company of Richfield donated the use of some of its equipment.