Off The Square reopens after renovations, revamping its menu 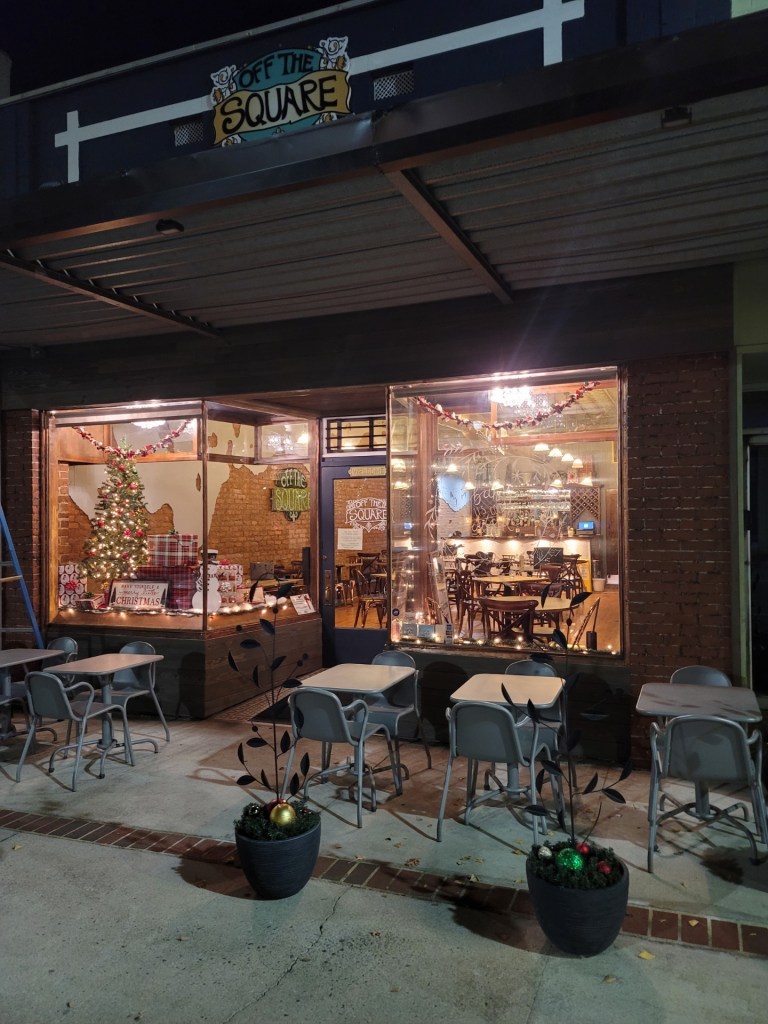 Off The Square renovated much of the restaurant, including getting a new sign, before it reopened last month.

After having been closed since March 2020 due to safety concerns stemming from the coronavirus pandemic, Off The Square reopened in December with many changes.

In the many months in between, the downtown Albemarle restaurant renovated its interior and retooled its menu with the help of a new head chef.

Due to its upscale cuisine and its relatively small indoor space, Off The Square owner Scott Lee said the restaurant decided to close in mid-March with no takeout or delivery. Even as executive orders were passed, which allowed restaurants to open under specific guidelines, the restaurant remained closed. 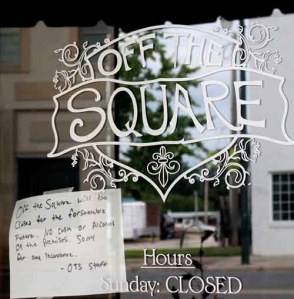 Off The Square closed in mid-March and didn’t reopen until mid-December. In between, the restaurant renovated its interior and revamped its menu.

But, thanks in part to a PPP loan, the restaurant was able to keep its staff and weather the storm. It also created an ideal opportunity for the restaurant to take time to improve itself before reopening later in the year.

“We’ve had a number of projects that we’ve wanted to work on which is completely impossible to do with an open, functioning restaurant,” said Lee, who’s owned the restaurant along with his fiancé since 2018. 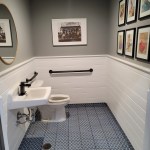 One of the renovated bathrooms. Photo courtesy of Scott Lee. 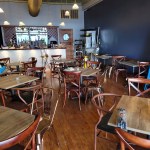 New tables and chairs inside Off The Square. Photo courtesy of Scott Lee. 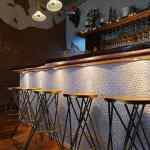 The front of the bar was re-tiled. Photo courtesy of Scott Lee.

The goal was to reopen in October, but Lee said logistical issues with contractors and other problems popped up that delayed the restaurant.

“When you start tearing apart a 100-year-old building, there’s always things that are going to pop up and we definitely ran into some issues there,” he said.

Being one of the few restaurants that was closed for much of the year, Lee said he heard many rumors that Off The Square was closed indefinitely.

With staff losing unemployment and faced with the daunting prospect of having to look for new jobs during the pandemic, Lee pushed for the restaurant to open as soon as possible. Finally, after more than half a year shuttered, the restaurant reopened just a few weeks before Christmas on Dec. 11.

Adapting to the changing times, the restaurant now allows people to order online and is offering takeout and curbside delivery. While they are still accepting walk-ins, much of their business now is centered around people making reservations.

Many residents in the community were excited to have another dining option available in the downtown area. Lee recalled that a loyal customer was so thrilled with the reopening that, after coming to dine on the first day, he proceeded to book reservations for the next seven days.

One couple from Monroe delayed having their anniversary dinner for months until the restaurant reopened. Lee said the woman consistently checked the restaurant’s Facebook page to stay updated and made reservations once she learned it was opening.

“We were pretty busy out of the gates, just trying to adjust to the new menu and having to follow the Covid guidelines as well,” Lee said. “A lot of people missed us when we were closed.”

As Off The Square was renovating its space and taking advantage of the time it was closed, a curveball was thrown its way: Out of the blue, the restaurant’s head chef left and moved to Charleston.

“It was kind of a surprise,” Lee said. “He had mentioned he had moved back to Charleston because the restaurants down there were still open.”

But eventually the restaurant discovered its next head chef in Billy Smith, who was hired in August. Smith, who grew up in Hickory, has spent the majority of his culinary career working in fine dining establishments in Charlotte.

Smith said the transition to working at Off The Square was easy due to the nature of the staff.

“I fit right in the family,” he said. “It’s all a family atmosphere when it comes to our kitchen employees and front-of-the-house employees.”

And Smith has played a key role in helping to revamp and elevate the menu. Taking advantage of his time in Charlotte, he wanted to bring a more formal, fine dining experience to the people in Albemarle.

“Our goal was to kind of bring Charlotte to Albemarle…so people didn’t have to drive so far for great food,” he said about the new-look menu, which took about three months to create.

About 50 percent of the menu has changed, much of it focused around upgrading the dinner section. Some of the new items include bourbon pecan chicken — which Lee said is one of the most popular new dishes, pan seared scallops, tempura shrimp and beef short rib with gnocchi. But not everything is meant to be fancy; one of the more popular appetizers, Deep South Delights, features a pimento cheese grit cake topped with buttermilk fried chicken, slaw and a fried jalapeño. 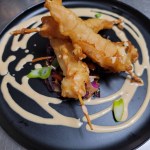 Tempura Shrimp has been one of the more popular new appetizers since Off The Square reopened last month. Photo courtesy of Scott Lee. 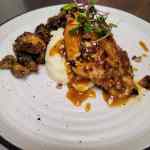 Bourbon Pecan Chicken has been one of the most popular new entrees offered at Off The Square. Photo courtesy of Scott Lee.

Off The Square is also focused on highlighting seasonal dishes, with many of its vegetables and produce coming from Spring Lake Farms.

“We’re trying to do as much local as we possibly can,” Lee said.

The customers have so far embraced the changes and appreciate the casual upscale nature of the restaurant, which differentiates Off The Square from many of its peers in the county.

“We’ve had a few customers say that we kind of seem like we’re in downtown Charleston not downtown Albemarle,” Lee said.