‘Feed the body as well as the soul’: Norwood preacher to open restaurant

As a Baptist preacher, Lyn Misenheimer has the ability to reach out and connect with his congregants through his sermons on the pulpit.

But the Norwood resident also appeals to broader swaths of the public in another, more basic, way.

Since learning to cook from his grandmother at a young age, Misenheimer has always enjoyed feeding the public. He sells 100 pounds of pulled pork each week at the Norwood Farmers Market and regularly caters town events such as Arbor Day and Winter Wonderland, as well as for South Stanly middle and high school sports teams.

He also has a food truck and makes multiple appearances throughout the town and county.

“Anything that the town has, we’ve been a part of it,” he said.

After cooking for the community for the past decade, Misenheimer, with the help of his wife Dawn, has expanded his clientele to the point that he’s ready to take the next step in his culinary career. He is set to open his first restaurant, which will feature a mix of barbecue and soul foods, sometime in February.

“My goal is to feed the body as well as the soul,” said Misenheimer, 53, who retired from the U.S. Army in 2012 and currently preaches at Barringer Chapel Missionary Baptist Church. 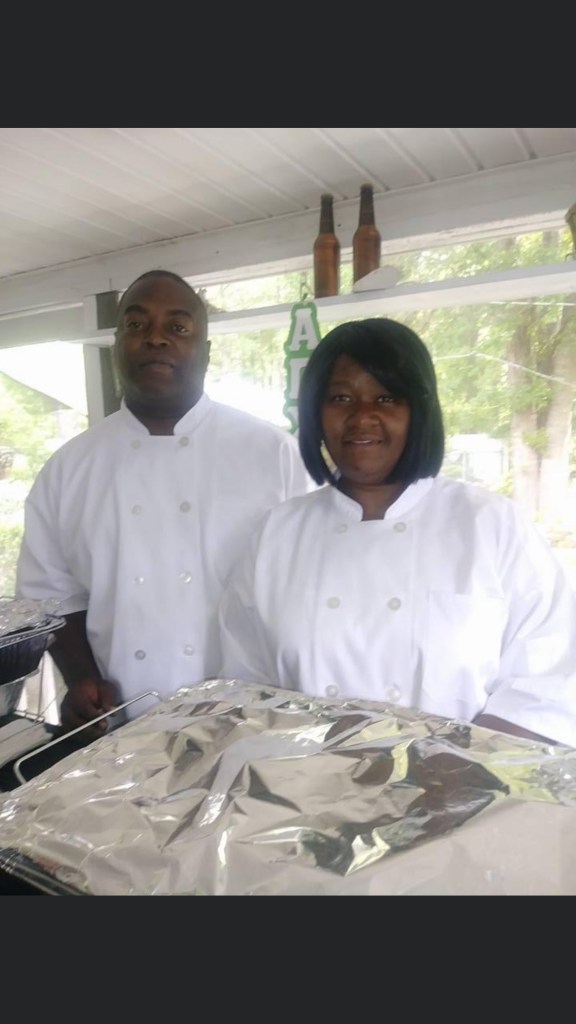 Lyn Misenheimer along with his wife Dawn are about to open their brick-and-mortar first restaurant in Norwood called Fat Backs Soul Food & BBQ.

The restaurant, Fat Backs Soul Food and BBQ, will open in downtown Norwood on Main Street across from the Police Department. Misenheimer has been working to open his own restaurant for the past four years.

Instead of getting a loan from the bank, Misenheimer wanted to raise the money himself. With help from Stanly Community College’s small business workshops along with donations from the public, he’s already raised $32,000 and is still working to gather another $10,000 to be fully set to operate Fat Backs.

Now, on the precipice of opening the restaurant, he said a great weight has been lifted off his shoulders.

The restaurant will be take-out only and will be where people can choose from a range of around 12 dishes each day. He’s planning to have cafe seating on the sidewalks and picnic tables out back along with space for people to play cornhole.

Aside from classic staples such as pulled pork, collard greens, brisket and ribs, some of the other items people can expect include southern-style meatloaf, grilled pig feet, buttered shrimp, deep fried chicken, ox tail with gravy and a variety of steaks. Each day will feature different foods, though mainstays like collard greens, candied yams and roasted garlic potatoes will always be available. 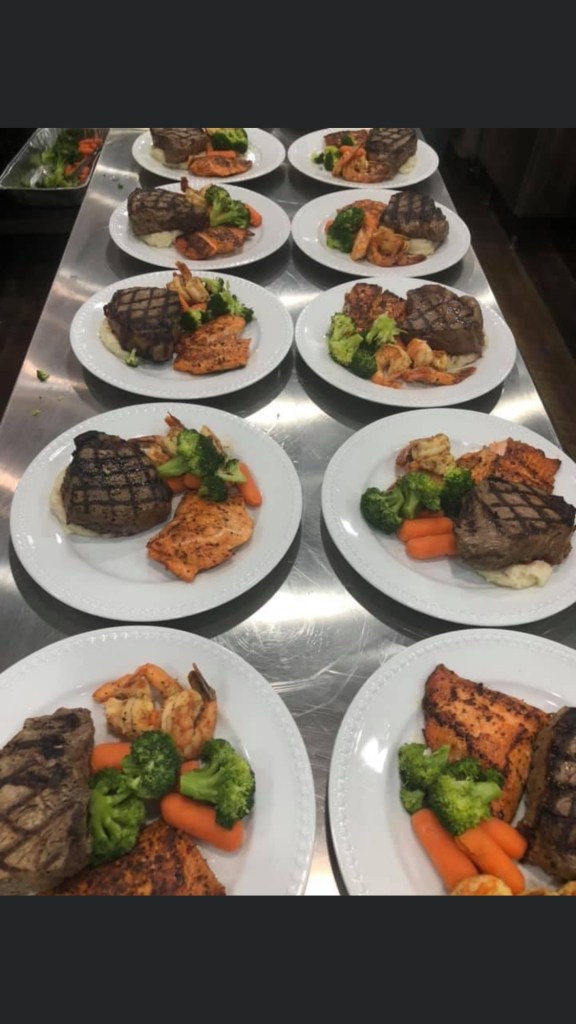 All of the meats will be smoked in the back of the building, “so it will be true barbecue,” Misenheimer said.

Though the space inside is small, Misenheimer said the service will be quick so people shouldn’t expect long wait times. If the restaurant gets too congested, he plans to move to an appointment-only schedule. Though things could change, Misenheimer is planning for Fat Backs to be open from 11 a.m. to 8 p.m. Wednesday through Sunday.

“It will be like a home cooked meal without having to cook at home,” he said.

For more information about the restaurant, people can visit fatbackssoulfood.com.