PEEKING INTO THE PAST – Pat and Mick’s Fish House 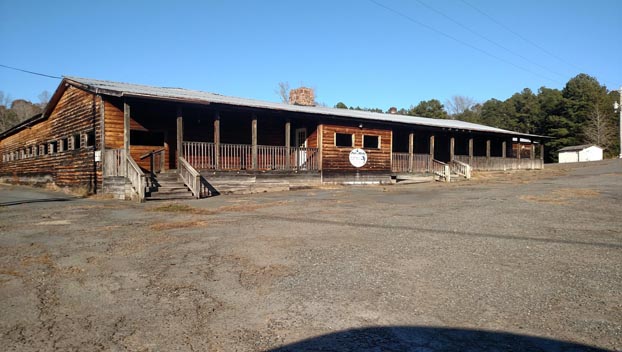 Stanly County has been blessed to have a number of wonderful fish camps over the last 60 years.

The first, Stony Gap Fish House, was opened by Ed Sells in 1956. During that first year, two couples, Pat and Mick Cagle along with Pat’s sister Ann and her husband Jay Stallings, were so impressed by the good food and large crowds they decided to open their own restaurant in New London, known as Pat and Jay’s.

Several years later, the Stallings were approached by Vera Sells after her husband Ed had passed away. She did not want to continue running Stony Gap Fish House and she offered it for sale.

The Stallings purchased Stony Gap in 1967. This restaurant later became Jay’s Seafood. The Cagles stayed in New London and renamed their restaurant Pat and Mick’s Fish House. The Cagles’ children, Jerry and Jan, both worked at the restaurant. Jan was married in 1962 and her husband, Jimmy Thomas, joined the family business.

The family, at one time, managed a campground nearby and even had a small train than circled one of the nearby ponds. Over the years, Pat and Mick’s was expanded to accommodate the ever-increasing crowds.

Eventually it was large enough to accommodate nearly 1,000 customers. People would travel from all over the Piedmont, many looking for their “regular” seat. Many of the staff stayed with the restaurant for years and customers looked forward to seeing them.

The restaurant was sold in 1980 to Dimitrios Liras and his brother-in-law Angelo Politis. Liras was killed in a car accident in 1984 and the Cagles purchased the restaurant back the following year.

Pat Cagle died in 1997. Jan and Jimmy Thomas, along with the support of Mick, continued to run the restaurant. Mick passed away in 2010.

The Thomases made the very hard decision to retire and closed the restaurant for good on July 27, 2014.