Lawyer remembers ‘rude awakening’ of fire one year ago 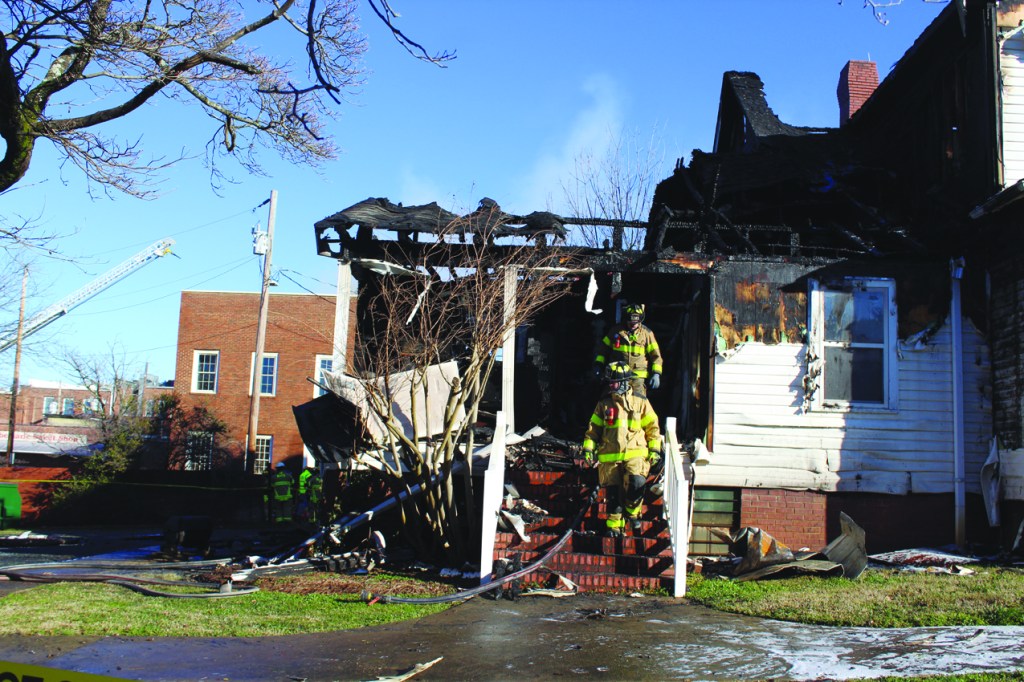 Firefighters exit the back of the Parnell law office in February 2020.

“It was definitely a rude awakening,” he said.

Several departments responded to the fire, which ultimately destroyed the office. The office of Mark Lowder and Kirk Bowling at 120 Kirk Ave. was also hit by fire the same morning.

Albemarle Police said the case is an arson investigation and is still being investigated by APD and the Bureau of Alcohol, Tobacco, Firearms and Explosives.

The Parnell office on South Second Street was historically known as the King House. A small cottage was built in 1850 on the site across from the courthouse. The structure, as it was, dated back to 1898. It was hit by lightning in the mid-1990s when it was undergoing renovations.

“We had a lot of memories over there,” said Parnell, who had been at the location for 17 years. He’s worked in private practice in the city for more than 20 years.

Having never experienced a situation like the one that occurred that February morning, he called the fire “kind of a traumatic experience.”

“You sort of spin around in circles for a little while and you sort of get yourself together and put your head down and roll on. And that’s what we did,” he said.

“Uwharrie Capital really helped us with letting us use their facility,” he said, noting that Roger Dick, David Beaver, David Rudisill and Brooke Senter were especially helpful during the transition. “We were fortunate they did that and we were able to continue helping our clients.”

In the fall, Parnell officially moved into the old Bear Insurance building on North Second Street after First Bank Insurance moved next door.

“We explored several different options, but we eventually got wind that this building was becoming available so we went ahead and bought it,” Parnell said.

He said he’s grateful for all of the community’s support during a year unlike any other.