U.S. Rep. Richard Hudson (NC-08) has nominated 20 students from throughout the 8th District to U.S. service academies. During a ceremony Feb. 9, at Montgomery Community College in Troy, Hudson congratulated the students and thanked them for their willingness to serve our country.

“As Fort Bragg’s congressman, it’s an honor to nominate high school students for service academies each year who will go on to join the next generation of brave men and women in uniform,” said. Hudson. “These students, like all others, have endured incredible challenges over the past year but are some of the best and brightest in our state and nation. I applaud them for their hard work and dedication to serving our country.”

As representative of North Carolina’s 8th Congressional District, Hudson can nominate a limited number of young men and women each year to four of the five service academies: the U.S. Military Academy, West Point, New York; the U.S. Naval Academy, Annapolis, Maryland; the U.S. Air Force Academy, Colorado Springs, Colorado; and the U.S. Merchant Marine Academy, Kings Points, New York. If accepted, the honor of attending a service academy comes with an obligation and commitment to serve in the military for a minimum of five years upon graduation. 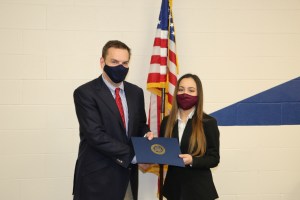 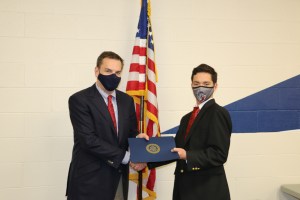