PEEKING INTO THE PAST – Mitchell Home School (Pfeiffer University) 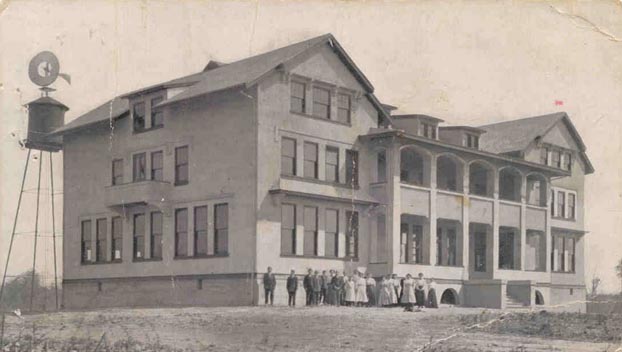 Construction began during the summer of 1909 and was finished the following year. Built at a cost of $15,000, this three-story concrete structure was not given a name but was known simply as the “main building” or “administration building.”

The building served as a dormitory for some of the students but also included classrooms, a dining room, in addition to an office for the school superintendent.

On June 29, 1914, a fire completely destroyed the building shortly after the spring session ended.

Cline Hall, about 50 feet away, had been saved and became the primary school building until other buildings could be added to the campus.