PEEKING INTO THE PAST – William Stanton, principal in Norwood

William E. Stanton was born July 11, 1920 in Detroit, Michigan, but he spent most of his early life in North Carolina.

He received his undergraduate degree from Elizabeth City State Teachers
College in 1944 and became a teacher at Kingville in Albemarle. While teaching he earned his master’s degree in 1951 from what is now North Carolina Central University. 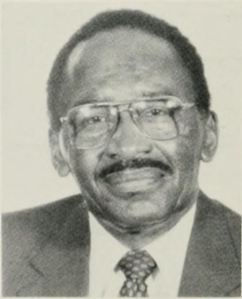 About 1953, Stanton became the principal at the school in Norwood for African American students and then in 1959 he left to become a principal in the High Point City School System.

In 1987, Stanton received the Distinguished Service Award from the High Point City School System for his many years of service.

In 1994 he was inducted into the Elizabeth City State University Sports Hall of Fame for his time on the varsity basketball and football teams while in school and for his long career as a teacher, coach and administrator in the school systems in Stanly County and High Point.