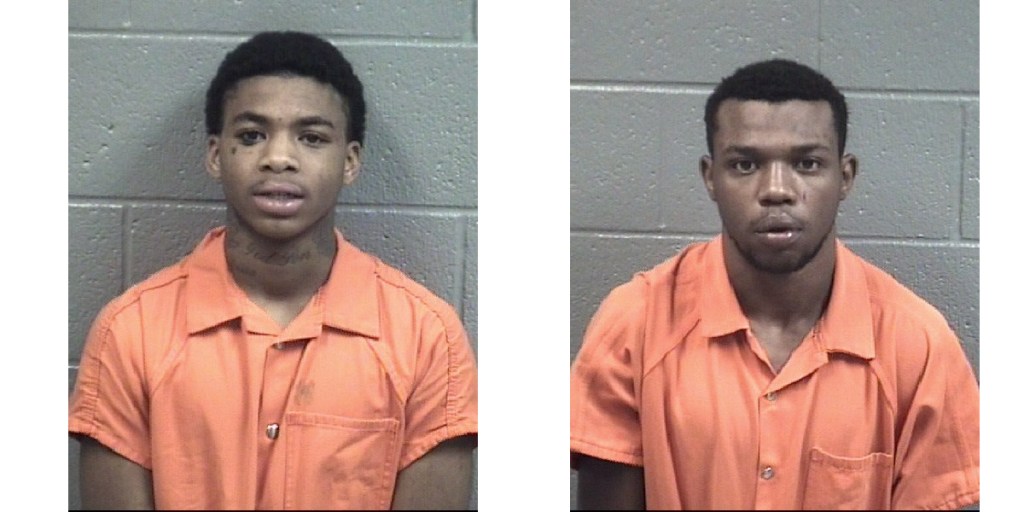 Mekhi Rivers (left) and Marcus Miller both were arrested Saturday and face a number of felony charges stemming from an armed robbery incident in Albemarle. (Courtesy of Albemarle Police Dept.)

Albemarle police caught two armed robbery suspects Saturday after an incident at the Shell Station at 1973 E. Main St., according to an APD release Saturday.

At approximately 2 a.m., a male entered the gas station, pointed a handgun at the clerk and demanded money. The suspect took an undisclosed amount of money and left in a car. No one was hurt or injured in the incident.

After officers arrived on the scene to start an investigation, they canvassed the area and found the vehicle. A short pursuit took place as officers tried to stop the vehicle; the pursuit ended at 149 Arey Ave.

Two individuals were charged in the incident. The driver, Mekhi Kaleek Rivers of Arey Avenue, was charged with armed robbery, conspiracy to commit armed robbery, two counts of carrying a concealed weapon, possession of a stolen firearm, reckless driving, speeding and a felony charge of flee to elude arrest with a motor vehicle. He received a $255,000 secured bond.

The passenger, Marcus Jahquarvus Miller of Norwood, was charged with armed robbery and conspiracy to commit armed robbery along with assault by pointing a gun, two counts of carrying a concealed weapon and possession of a stolen firearm. He received a $250,000 bond.

Both suspects have a Feb. 15 court date.