PEEKING INTO THE PAST – West Badin and N.C. Central star Curtis Watkins

In his last three seasons, 1960, 61 and 62, Curtis helped lead his high school team to three straight state championships. The 1962 team finished the season undefeated at 27-0.

During the summer months in those days, Davis would arrange for his players to get summer jobs in places like Washington, Baltimore and New York, so they could play in tough summer basketball leagues.

While playing in one of those leagues in Westchester County, New York in 1961, Curtis had the opportunity to play against college All-American and future NBA star Calvin Murphy. 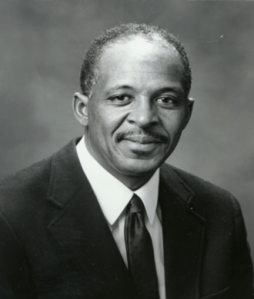 With such a sound high school background, Curtis Watkins was destined for stardom in college.

He attended North Carolina Central University in Durham and initially did not receive a scholarship. However, as a walk-on player in his first year, he proved his skills and eventually earned a scholarship and a starting position.

Known for his tremendous leaping ability, Curtis went on to become one of the great players in NCCU history.