Retired Locust officer recognized for his service during council meeting 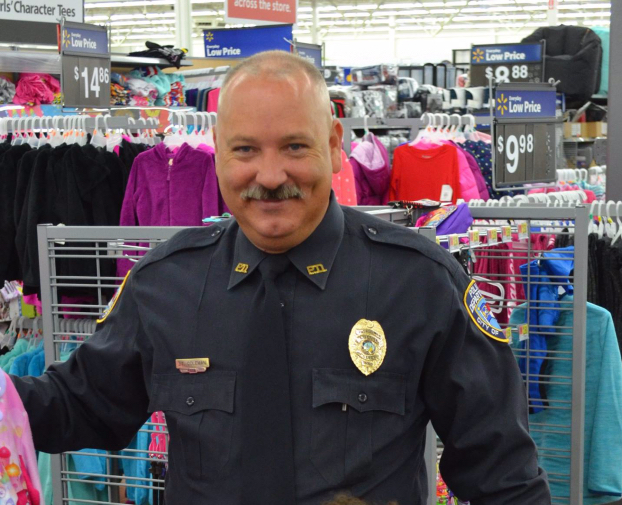 Jeff Coleman retired from the Locust Police Department at the end of last year after serving on the force for 23 years. Photo courtesy of Jeff Shew.

After 23 years serving as an officer with the Locust Police Department, Jeffrey T. Coleman was recognized for his service Thursday night during the city council meeting.

Coleman began his career with LPD in 1997 and retired at the end of December. There were many LPD officers — both active and retired — in attendance for the celebration. Coleman served as a reserve officer for the department for his entire career.

Coleman’s retirement represented the last current Locust officer to begin their career with LPD in the 1990s.

“Since I’ve been with Locust, and especially since I’ve been chief, it’s extremely important to me to honor and recognize those that came before me,” said Chief Jeff Shew.

Former police chief and current councilman Michael Haigler said Coleman was part of a small group of firefighters in the early 1990s who, due to staffing shortages within the department, became police officers. Coleman graduated from Stanly Community College’s BLET and was sworn in as a reserve officer in 1997.

“We had our times and these guys stepped up and helped us when we really needed it, when we didn’t have the funds, the best equipment or the most manpower,” Haigler said. “They still dedicated a lot of their time to helping us out.”

Due to budgetary constraints at the time, Shew said, Coleman typically provided his assistance as well as worked needed shifts without any pay.

Though his availability was more limited the past 10 years, “retired chief Frank Hartsell stated that anytime he ever asked for Officer Coleman’s help, he was always willing to assist,” Shew said.

Coleman was also active with the department’s Shop with a Cop program and helped each year with the Locust Christmas Parade.

“There are people like you that when the need arose in Locust, stepped forward and answered the call,” said Mayor Steve Huber, adding that he didn’t view him as a part-time officer but rather simply as a Locust officer.

“I just can’t tell you, as another cop, how appreciative I am of you for your service to Locust,” Huber added.