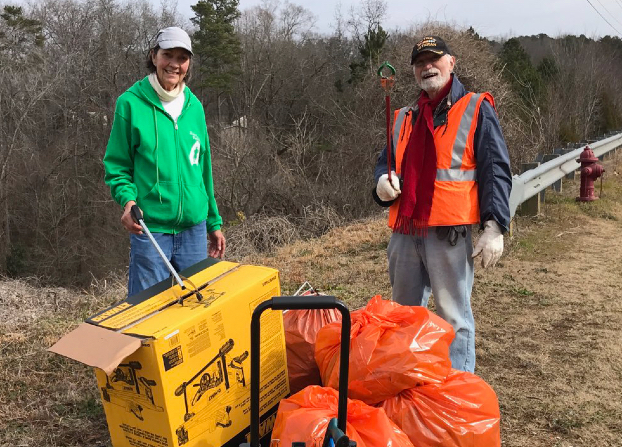 In order to help mitigate the city’s ongoing litter issues, Albemarle recently partnered with Keep Stanly Beautiful to develop a comprehensive plan to clean up the city.

City staff in public works, administration, police and parks and recreation held a conference call recently with members of KSB, which has been around for about 12 years, to discuss ways each organization could leverage its resources to become more proactive in addressing the litter problem in the city.

In recent months, “trash has gotten much, much worse” in the city, KSB president Lee Snuggs told city council Feb. 15. “We’re just inundated and we can’t handle it.” 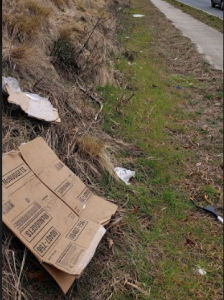 Likely reasons contributing to the litter increase have been a lack of funding with NCDOT, more people utilizing takeout and the city’s backhaul truck, which typically handles neighborhood trash, being out of commission for a few months.

Snuggs mentioned that KSB has around six to eight people come out on a consistent basis to pick up trash around the city, primarily a section of N.C. Highway 24-27 running from McDonald’s to the Rock Creek Park overpass.

The partnership between the city and KSB, which Snuggs the Albemarle Litter Club, is focused on getting more residents to be proactive in helping to address the litter issue. Snuggs mentioned the importance of reaching out to the broader public, including utilizing social media, to get more people, especially youth, involved in helping to clean up the city.

“Folks are just complacent and assuming somebody else will clean (their trash) up,” Snuggs said, noting that for many people, it’s becoming more of a social norm that littering is acceptable.

The presence of trash can give off the appearance of a dirty city which can have a negative impact on potential individuals or businesses looking to relocate to the city, officials said.

In order to get the public more involved and willing to help, Public Works Director Ross Holshouser mentioned to council that ALC came up with a three-step plan to help mitigate the issue:

There have been talks about hiring someone to help with the problem. Grant funding is another option that ALC is looking into.

Tom Medlin, a member of KSB, spoke about how he wished more people took the time to become involved in helping to clean up the city. He is a proponent for creating public signs “telling people that litter is totally inappropriate.”

“We need to find some ways to excite people and enlist them to become active,” he said. “As a citizen of Albemarle, I think you need to be inspired enough to clean up your block or your yard or your curb.”

In addition to picking up trash, over the past few months KSB has been planting bushes and flowers around certain key areas in Albemarle to promote a better image for the city.

“If people see a nice area, they will be more apt to take more pride in it and do more to keep it looking good,” Snuggs said.