PEEKING INTO THE PAST – Paul Kluttz signed with Dolphins, played with Jets, but career led him to track

Paul Kluttz graduated from West Stanly in 1966. He then went on to be a star athlete at Livingstone College, where he earned numerous honors and received many football awards.

Kluttz signed with the Miami Dolphins in 1970 and was briefly with the New York Jets, but he left professional football due to injuries.

After a brief stint at Orange County High School, Kluttz moved back to Stanly County in the fall of 1971 and began his career at Albemarle High School. 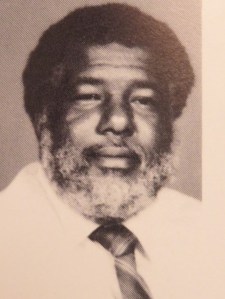 It was during his time in Albemarle that Kluttz had a distinguished career as a teacher. He also was a driver’s education instructor and coach.

Kluttz coached football for many years but is probably best remembered for the incredible track teams he coached with Agnes Maske.