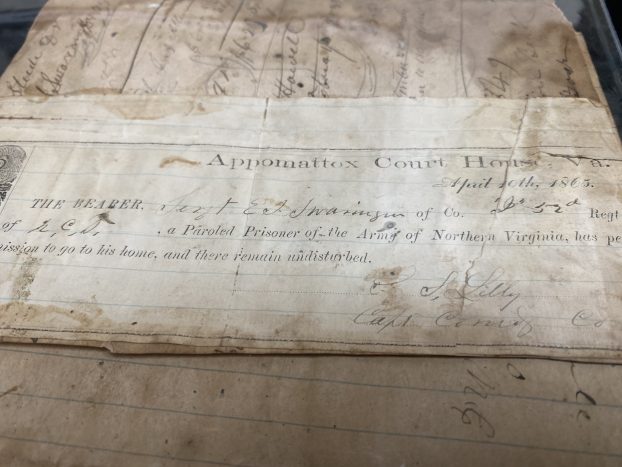 The Stanly County Museum is going back in time for its latest virtual exhibit, which will take people on a journey throughout much of the county’s history.

Titled “Land Between the Rivers,” which can be viewed on the museum’s website or in-person, the exhibit showcases some of the historical artifacts and treasure troves residents have donated to the museum over the years.

“Stanly County has such an eclectic past and all these different facets of cultures all came together in this one county and so we have amassed in our collection so many unique things,” said Museum Director Megan Sullivan.

Aside from the donations, the idea for the exhibit, which comprises two and a half cases, also came as a result of many people asking questions over the years related to the county’s history,  Sullivan said.

“I decided to have this as a permanent exhibit so that way hopefully we can answer their questions…about Stanly County,” she said.

The exhibit begins with Native Americans settling in the county thousands of years ago. Sullivan said they referred to the area as the “land between the rivers.” The exhibit then examines early education, transportation, industries, military battles and more throughout Stanly’s history. The county was first incorporated in 1841.

Below are a few of the artifacts included in the exhibit: 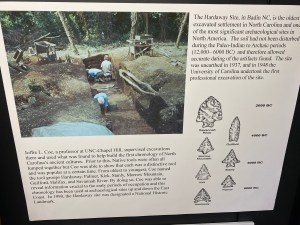 The Hardaway Site in Badin, which was discovered in 1937, is the oldest excavated settlement in the state. 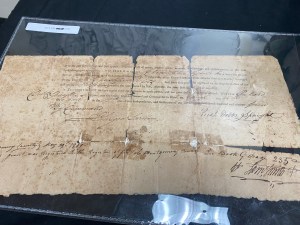 A document signed by Richard Dobbs Spaight, former N.C. governor who was killed in a duel by John Stanly, a U.S. Congressman whom the county is named after.

The museum is open to the public from 9 a.m. to 5 p.m. Monday through Friday.