Women in the United States first gained the right to vote with the passage of the 19th amendment in August 1920.

Just a few years later, on May 8, 1923, the residents of New London elected Katherine Staton as their new mayor. She defeated R.J. Ross, who had previously served in that role. 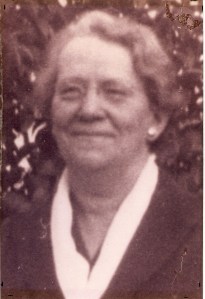 According to a 1952 article by Fred T. Morgan, when she was approached about the possibility of running, she insisted they find a man to run but no one else would agree to be a candidate.

By winning the election, Staton became the first woman to be elected mayor in the state of North Carolina. According to Morgan, she met monthly with the three board members and during her two-year term “a bond issue was floated, and electricity (was) obtained for the town.”
In 1925, when her term was over, Staton made the decision not to run again but her husband was later mayor of New London from 1941 to 1951.