Two people arrested in Oakboro, charged with possession of methamphetamine

A drug bust conducted in Oakboro Friday night resulted in the discovery of roughly 16 grams of methamphetamines.

Around 8 p.m. Sgt. David Daigle conducted a traffic stop at the intersection of North Main Street and East Sixth Street. As the driver, Donald Knight, was looking for his registration card, a digital scale was discovered, prompting Daigle to search the vehicle for possible drugs.

As Knight and passenger Lisa Williams exited the car, Daigle along with Cpl. Matt Howard discovered two clear baggies with a clear rock substance located above the sun visor on the driver’s side, police said. A roadside drug test identified the substance as methamphetamine. Each bag had a weight of 7.4 grams.

As Daigle continued his search, he found a loaded 9mm handgun under the passenger seat along with another baggie with a clear rock substance which again proved to be methamphetamine. The bag weighed 1.6 grams.

Knight, 40, was arrested and charged with possession of a firearm by a felon, possession of methamphetamine, driving while license revoked and vehicle equipment/regulatory violation. He’s in the Stanly County Jail on a 35,000 bond. His next court date was March 8. 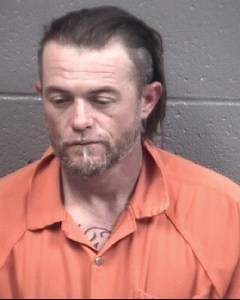 Williams, also 40, was arrested and charged with possession of methamphetamine and carrying a concealed weapon. She was released March 6 on $4,000 bond. 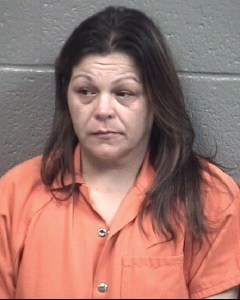