Albemarle clinic has seen uptick in business during pandemic 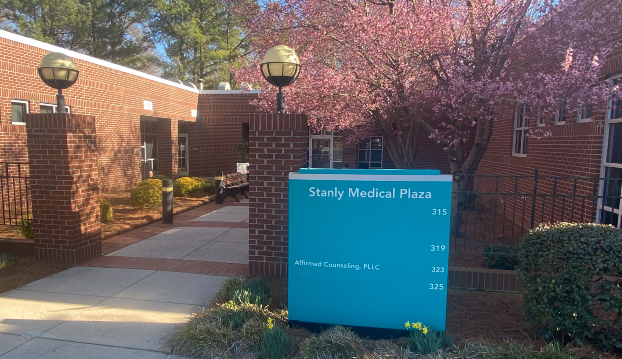 Affirmed Counseling in Albemarle has seen an uptick in business over the past year with the pandemic.

As countless people continue to face pandemic-related mental health struggles, many in Stanly County over the past year have reached out to licensed professionals to seek help.

“People are struggling a lot with being isolated and the feelings and emotions that come along with feeling isolated,” said Elizabeth Ritter, a professional counselor who owns Affirmed Counseling in Albemarle.

She said she’s seen a noticeable uptick in the number of people who have utilized her clinic’s services compared to prior years. She’s talked with several other therapists in the area who’ve expressed similar sentiments.

One of the silver linings during the pandemic, Ritter says, has been the availability of key mental health resources like Affirmed Counseling that many people might not have looked into before last year.

“People are reaching out more and utilizing services more than they probably would have if there wasn’t a pandemic,” she said. 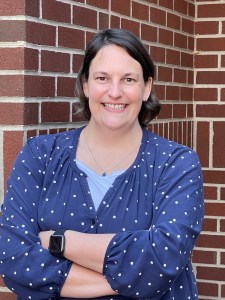 And that’s not surprising: Over the past year, according to the Kaiser Family Foundation, about four in 10 adults in the U.S. have reported symptoms of anxiety or depressive disorder, up from one in 10 adults who reported the same symptoms from January to June 2019.

Additionally, a KFF Health Tracking Poll from July 2020 found that many adults reported specific negative impacts on their mental health and well-being, such as difficulty sleeping (36 percent) or eating (32 percent), increases in alcohol consumption or substance use (12 percent), and worsening chronic conditions (12 percent), due to worry and stress over the coronavirus.

Ritter said over the past year Affirmed Counseling hasn’t seen a continuous influx of people, but rather business has come in several phases.

“Initially there was a wave of folks that probably would have utilized our services anyway…who were already in fragile situations,” she said.

The second wave consisted of people who were more resilient but still struggling while the third wave, which is ongoing, is made up of people who would not have normally sought mental health services if not for the pandemic.

Ritter relocated from Pennsylvania to Stanly County in 2010 and quickly fell in love with the community. She spent time at Pfeiffer University before opening her own private practice in 2013, which she said was a “passion and a calling that I had.”

“I tell people all the time: I’m not from here, I don’t belong here, I was just meant to be here,” Ritter said.

Affirmed Counseling has been one of the few practices in the state that has remained physically open throughout the past year. The clinic continues to see people face-to-face while following required safety regulations.

“We do a lot of trauma counseling,” Ritter said, along with helping people suffering from anxiety, depression and mood disorders, among others.

Though the clinic does provide the option for tele-therapy services over the computer, Ritter wants to work with people wherever they feel most comfortable.

“One of the things that motivated me to continue in-person services is that I want people to receive the highest level of care, particularly during times of crisis,” she said.

But Ritter and her staff are not immune to the impact of the pandemic, which is why she has encouraged her staff to carve out time for themselves to make sure they are in a healthy space when providing counsel to others.

“A lot of the things we teach our clients and a lot of the coping mechanisms we share with them are ones we were utilizing to manage our own feelings and emotions…from dealing with the pandemic,” she said.

She encourages people in the community to take quality care of themselves — especially their physical and mental health. Getting proper sleep each night and eating healthy are two ways people can take care of themselves during this time.

One thing that has encouraged Ritter over the past year has been different groups coming together to support the community and those who may be struggling.

“We really can be compassionate and loving and caring to one another, particularly in times of stress and times when there is a crisis,” Ritter said.

She encourages anyone who might be struggling to seek help, saying it’s never a sign of weakness to open up to other people.

“I have always thought it really takes a strong person to be vulnerable enough to share your feelings and to talk about the hard things” in your life, she said.