PEEKING INTO THE PAST – The Bloomington Community 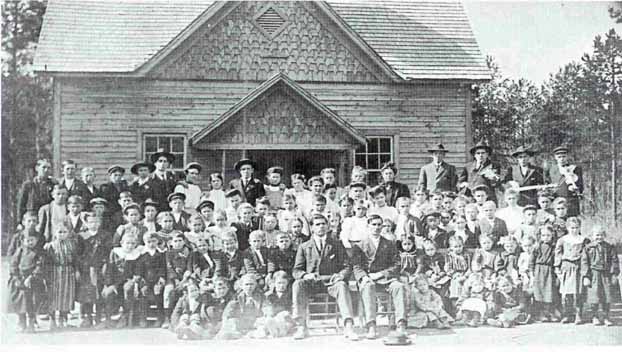 The community of Bloomington was in the Almond township in the western part of Stanly County. The earliest known record of this community was when the post office was established March 26, 1883.

According to Ivey Sharpe, in addition to the post office, there was a cotton gin, corn mill, general store and the community even had its own telephone exchange.

The local school, known as Bloomington School, was originally a one-room schoolhouse but an additional two rooms were added later.

The post office was closed Aug. 31, 1916 and all mail was then handled through Albemarle.

The school was closed in the mid 1920s when Stanly County consolidated many of its one- and two-room school buildings into much larger schools. The book “Stanly County Heritage” says that the school was sold to L.A. Herrin who moved it to his farm nearby to use it for a granary.

Today, Bloomington is just a crossroads, but there is green highway marker south of the intersection of Canton Road and Austin Road that is a reminder of where the community had been located.