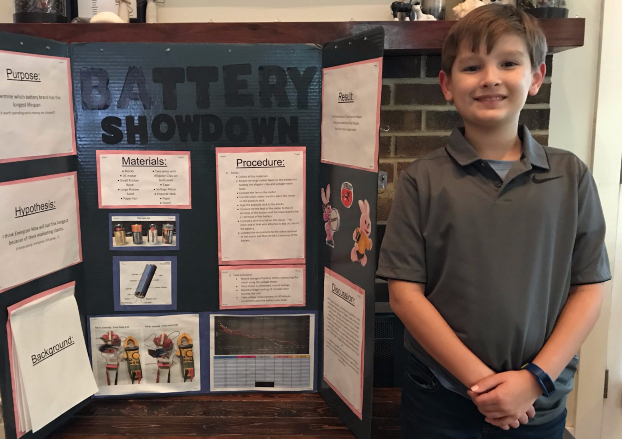 Stanly County Schools has three Regional Science Fair winners who will go on to compete in the State Science Fair next month.

Norwood Elementary fourth grader Charlie Shaver, 10, won first place at the elementary level during the regional fair and will compete April 24-25 in the elementary division of the State Science Fair while sixth graders Noah Waits and Lucas Mullis, both 12, of Oakboro Choice STEM School took first place at the junior level. They will compete April 17-18 in the junior division of the State Science Fair.

Though they didn’t win, Norwood’s Halen Hedrick and Oakboro’s Heather-Anne Ashby also made it to Regionals.

The Stanly News & Press caught up with the three students to learn more about their projects and what they enjoy most about science.

1. What was your specific project/what were you testing?
I was testing which battery brand had the longest lifespan.
2. How did you come up with the idea for the experiment?
I came up with the idea because I use a lot of batteries every day.  I wanted to see which brand we should buy.
3. Did anything surprise you when you actually performed the experiment?
What surprised me was that the name brand batteries all had very similar battery life.
4. What’s your favorite part about science?
I love doing experiments.
Noah Waits and Lucas Mullis
1. What was your specific project/what were you testing

For our science project, we were trying to make it easier for the lunch ladies to carry lunches around the school. We built a HoverBoard Powered Cart  (HOBPC) to assist them in delivering lunches.

2. How did you come up with the idea for the experiment?

What gave us the inspiration for this project was we saw the lunch ladies pushing food carts around the school both for breakfast and lunch delivery. We figured that it must be tiring so we thought of some ways to make it easier for them and we came to a conclusion we should build what we call the HOBPC.

3. Did anything surprise you when you actually performed the experiment?

The HOBPC did surprise us a lot when we saw how well it worked. The HOBPC went much faster than expected and carried much more weight than we thought it would.

4. What’s your favorite part about science?

We like quite a bit of stuff about engineering. We enjoyed building and testing the HOBPC. We liked using the different tools and experimenting with what the HOBPC could do. After the HOBPC was built our teacher and principal were able to ride it down the hall at school. It was neat seeing it in action. 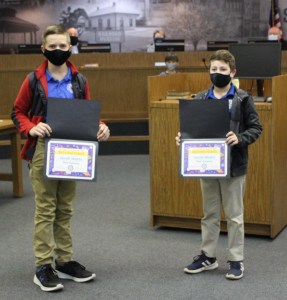