SPIRIT OF STANLY: The company came to Albemarle for water and never left 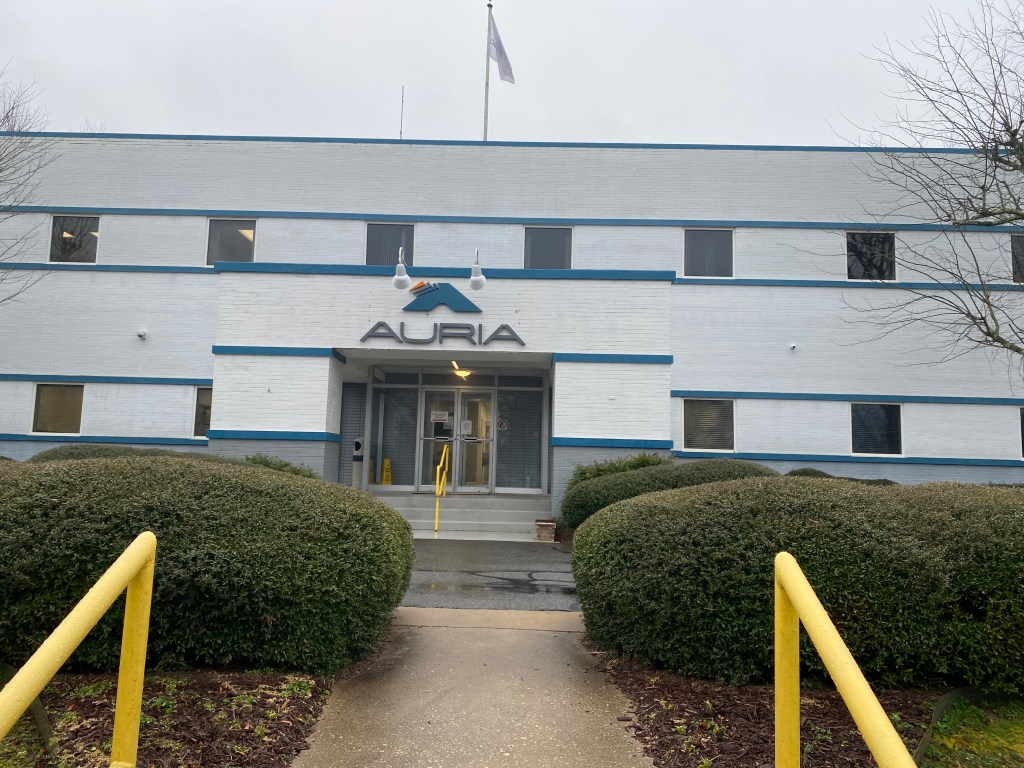 Though it’s gone by many names over the years, Auria Solutions has a long history of producing a variety of automotive components, including carpets.

With a manufacturing plant in Albemarle, Auria Solutions’ major domestic customers include General Motors, Ford and Fiat Chrysler Automobiles, along with Toyota, Honda and Nissan, Mercedes, BMW and Volkswagen.

Albemarle native John Moose, who held various sales positions with the former company, Collins & Aikman, before later becoming its president, helped develop relationships with Toyota, Honda and Nissan in Japan during the 1970s. The company was the first American supplier of materials to Toyota, according to Vice President of Advanced Development Ernie Wilson, who worked with Moose.

Originally Collins & Aikman, the company moved one of its plants from Philadelphia to Albemarle in 1955 to take advantage of the city’s water supply.

“Water is what brought Collins & Aikman to establish this plant here,” Wilson said. 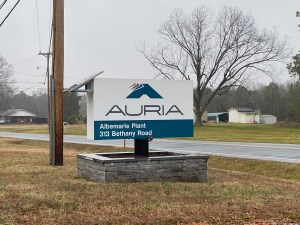 Collins & Aikman originally produced automotive body cloth for car seats. The cloth was already woven with yarn in plants like Siler City and then was dyed in Albemarle. At one point, the Albemarle plant used more than 2 million gallons of water per day to dye the yarn, Wilson said.

Eventually the Albemarle site began producing automotive floor carpeting in addition to the body cloth, while also continuing to dye the yarn. For a short time, the company also made carpet fabric for the airline industry.

In 2007, Collins & Aikman was purchased by International Automotive Components after going to Chapter 11 bankruptcy. The company closed down four N.C. plants after it filed for bankruptcy, but the Albemarle site survived.

A decade later in 2017, Shanghai Shenda Co. and IAC completed a joint venture and formed Auria Solutions. There are two other Auria sites in North Carolina — one in Troy and one in Old Fort.

The Albemarle facility, on Bethany Road off U.S. Highway 52, is about 522,231 square feet and employs more than 160 workers.

Auria Solutions, like most companies over the past year, has been greatly impacted by the coronavirus pandemic.

All of the company’s North American plants, including the one in Albemarle, were shut down for anywhere from 4-8 weeks, Senior Director of Operations Todd Brandon said.

“During the downtime, we went to work on a Covid Protocol playbook and implemented many safety precautions including a daily thermal temp scan, daily sanitizing, employee training, visual management for social distancing, etc.,” Brandon said.

Though the pandemic didn’t disrupt the Albemarle branch’s supply chain, there was an initial layoff of employees, though Brandon said that “we were able to recall most of those team members as volumes have increased.”

“2020 was a difficult year to navigate with this pandemic,” Brandon added. “But, I cannot be more proud and thankful of the team members that helped us navigate this journey.”

The Albemarle site manufactures carpet flooring through a process called tufting. In the simplest of terms, yarn gets fed into a machine that pulls it through a series of needles.

“It’s like a big sewing machine, except instead of one sewing needle, you’ve got hundreds,” Wilson said, adding that as the yarn gets sewn it also simultaneously gets cut. The yarn gets stitched into the back of a piece of polyester fabric called a substrate.

Wilson said it is critical that as the yarn is being sewn into the fabric, the cutting is timed correctly so everything is cut at the same pile height.

The tufted carpet is shipped to sites in Fremont, Ohio and Queretaro, Mexico before being shipped to car companies.

“It got to be a habit coming to work”

John Furr has been with the company for 57 years. He originally worked at a mill in Concord before friends who were working at Collins & Aikman convinced him to come back to his hometown to work at the company. He came to work for the company in 1963.

Furr started in the fabric department rolling up fabric before later moving to inspecting automotive fabrics. Once the company transitioned from producing mainly automotive fabrics to producing carpets, which Furr called the biggest change during his time with the company, his jobs and responsibilities again shifted.

He did various odd jobs including inspecting carpets and operating a forklift to move carpets. He currently is a member of the latex coating team.

Furr, who’s in his late 70s, said he’s probably had around 15 to 20 different jobs during his time with the company. Brandon said it’s “mind-boggling” to think Furr has spent more than half a century at the company.

“He still brings the same energy and enthusiasm and we enjoy seeing him every day,” Brandon said.

“I’ve enjoyed the work and it’s paid for my house,” Furr said, adding he’s had a lot of good friends that he’s worked with. “It got to be a habit coming to work.”

He mentioned the secret to working at a place for as long as he has is taking it one day at a time and having good health.

“If you watched him work every day you’d swear he just started day one,” said operations manager Lyle Moose. “He has a lot of energy.

“He sets an example by being here every day and I think that says a lot to the younger employees,” Moose added.

He said of the 110 employees that work for him in manufacturing, the median age is 21 years of service at the company. Many of the employees have worked at the company for more than 30 years, including Moose, who has been there for around 40 years.

Furr has no immediate plans to retire, though the idea has crossed his mind from time to time.

Moose said what attracted him to Collins & Aikman when he was a young kid out of college was the facility and the large equipment, along with the management structure.

“I just thought: heavy equipment, manufacturing, it looks like a long-term employer,” he said.

Brandon, who has been with the company since 1987, said he was initially attracted to the people. Interacting with people on the production floor and seeing their worth ethic, “it was attractive and it was infectious,” he said.

Even though the business has gone through several name changes over the years, the core of the company has stayed the same. Moose thinks this stability is a big reason why so many employees, including family members, have stayed for so long.

The Kaizen Process and the importance of safety

The company’s relationship with Toyota helped lead to a restructuring of the Albemarle site during the 1980s.

“They (Toyota) kind of preached incremental improvement,” Moose said. “You didn’t do it all with technology, you did it with making small changes that eventually make a big difference.”

In the early 2000s, Collins & Aikman adopted the Kaizen method of continuous improvement, which the Toyota Production System is famous for utilizing. Kaizen is a concept referring to business activities that continuously improve all functions and involve all employees from the head of the company to the assembly workers.

“It takes waste out of the system,” Brandon said. “You analyze your processes and you want to try and improve those processes.”

He said with the Kaizen process, individual workers have more of a voice and can really feel connected to their specific department. Employees who are part of Kaizen teams (many of them include both hourly and salary workers) go through a one-day training to learn about the components of the process. The team works on various types of improvement, including safety, quality and productivity.

The Albemarle location has been one of the top-rated Auria facilities when it comes to safety. It had the best safety record of all the Auria sites around the world in 2019, Moose said. In 2020, the site had only one recordable injury.

“We’ve got an excellent safety record over the years,” Moose said. “Safety has always been No. 1 — we preach it, we talk it, we walk it and yet we still find things to fix and make better.”

The importance of safety is ingrained within the culture of the company and is at the heart of what makes it a stable work environment.

“If you don’t have safety at the forefront, you’re not going to stay here long,” Moose said.