PEEKING INTO THE PAST – Benton Bennett played for Pfeiffer, UNC

Thomas Benton Bennett was born Aug. 2, 1924. He attended Norwood High School through 11th grade and then transferred to Albemarle for the 1941-42 school year. According to the June 2, 1942 Full Moon, Bennett had an “outstanding record at basketball” while at Norwood and was the leading scorer during his season in Albemarle. 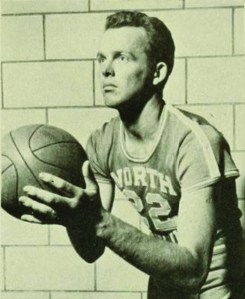 At some point after graduation, Bennett joined the U.S. Maritime Service and served through World War II. Soon after the war he returned to Stanly County and attended Pfeiffer Junior College during the 1946-47 and 47-48 school years. During his freshman year, his basketball coach, N.E. Lefko, claimed that Bennett was the best player he had ever coached. According to the Feb. 27, 1947 Greensboro Daily News, Bennett was the only college player in North Carolina to have scored 500 points that season.

After his two years at Pfeiffer, Bennett transferred to UNC-Chapel Hill and spent two years on the basketball team there as well.

After graduation he coached at Snow Hill High School and later became vice president of a company called Tobacco Processors in Wilson.

MIKE WALDEN COLUMN: Should we worry about fewer youth working?