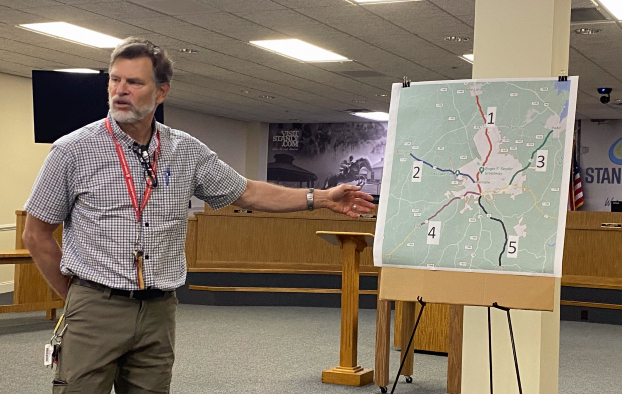 Lee Snuggs, president of Keep Stanly Beautiful, explains which roads in the county will be tackled during the April clean-up efforts to address the ongoing litter problem.

Over the years, one issue in particular has plagued many people in Stanly County: the seemingly endless amount of trash and litter that always seems to be scattered along streets and highways.

Cleaning litter from North Carolina’s roadsides costs taxpayers millions of dollars each year, according to the N.C. Department of Public Safety. In 2015, the state spent more than $15 million cleaning up 7 million pounds of roadside trash.

While groups like Keep Stanly Beautiful, which has been around for more than 30 years, have worked to combat the litter issue, it’s never really went away; in fact, many argue it’s gotten worse during the COVID-19 pandemic.

“It’s gotten bad and it’s still bad,” said Lee Snuggs, president of KSB, who spoke recently at a community meeting at the Stanly County Commons about the issue. Roughly a dozen people, mostly KSB members, were in attendance.

A possible explanation for the increase has to do with the rise in take-out and drive-through meal orders during the pandemic, which has meant more trash being tossed out vehicle windows.

One of the worst areas, Snuggs said, is along U.S. Highway 52 Business near Rock Creek Park. The “Welcome to Albemarle” sign is surrounded by all kinds of trash while just past Trinity Place, a white mattress has rested on the side of the road for weeks. 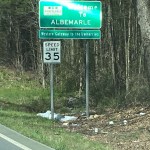 Trash around the “Welcome to Albemarle” sign near Rock Creek Park. 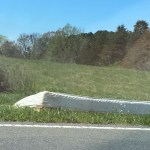 A white mattress has been on the side of the street past Trinity Place for several weeks.

In recognition of NCDOT’s Litter Sweep campaign, which will run April 10-24, Snuggs discussed upcoming roadside trash pickup efforts that will place each Saturday morning (April 10, 17, 24) from 9 a.m. until around noon during the time period. His goal is to have 10-person crews, each spaced about a mile apart, picking up trash along several of the dirtiest roads in the county. The group would meet around 8:45 a.m. at Rock Creek Park before dispersing to their designated roads.

“These are the most visibly dirty sections of road,” Snuggs said.

NCDOT would provide trash bags, gloves and vests and they would pick up the bags once the crews are finished.

Snuggs encouraged everyone at the meeting to spread the word about the April cleanup efforts.

“If you got five people out there and all five people bring at least one person, that’s a team,” he said.

Snuggs’ goal is to get around 30 people — 10 for each of the three Saturdays — to volunteer to pick up litter along the five roads, but more people are welcome to come out around other areas of the county.

Aside from KSB, which meets monthly to pick up trash along a stretch of N.C. Highway 24-27 running from McDonald’s to the Rock Creek Park overpass, Snuggs has noticed an increase in people adopting streets, especially after he spoke in front of Albemarle City Council a few weeks ago. The city recently partnered with KSB to develop a comprehensive plan to clean up the city.

Consequences for littering are rare. Even though the state can fine people up to $1,000, it rarely happens because law enforcement has to catch people in the act to hold them accountable.

“There’s no penalty for littering,” said KSB member Tom Medlin. “If you look around this county, there’s not one sign anywhere I can think of that says there’s a fine for littering. There’s not cameras in place to catch you if you’re littering.”

Since there’s no consequences for littering, people grow accustomed to it and accept it as normal, Medlin said.

“The public in general is absolutely indifferent, they walk around it all the time.”

In order to combat the complacency, Snuggs spoke about the importance of anti-litter campaigns, to try and prevent trash from piling up in the first place. This includes people becoming more proactive and holding others accountable whenever they see littering taking place. While Snuggs is working to create a Facebook page, he and the other community members agreed that visible signs discouraging littering are needed.

Snuggs ended the meeting with a call to arms.

“We may not be able to fix the world’s problems, but we can fix our problems around here,” Snuggs said. “We can’t just wait on other leaders to do it, we need to take the initiative.”

If anyone wants to participate in the roadside trash pickups, they can contact Lee Snuggs at leesnuggs22@gmail.com.