PEEKING INTO THE PAST: Walter B. Hill 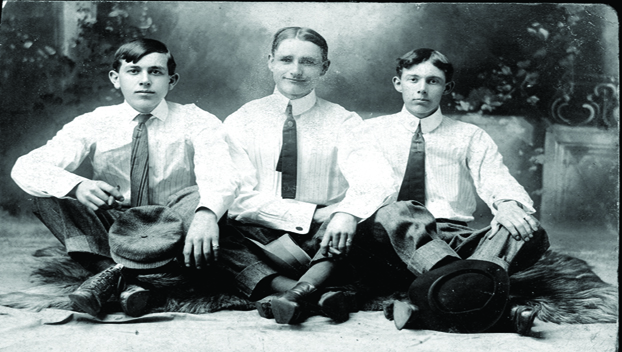 Walter B. Hill is shown in the center.

Hill joined the Army during World War I and was sent to Europe in late August 1918. In October/November, as part of the 321st Infantry, he was fighting at the Battle of the Argonne Forest in France. (This battle was the deadliest battle in United States history until the Battle of Normandy in World War II.)

Walter B. Hill was killed the morning of Nov. 11, 1918, approximately one hour before the armistice was signed that ended World War I. His body was returned to the United States in July 1921, and he was buried at Fairview Cemetery on Aug. 1, 1921.