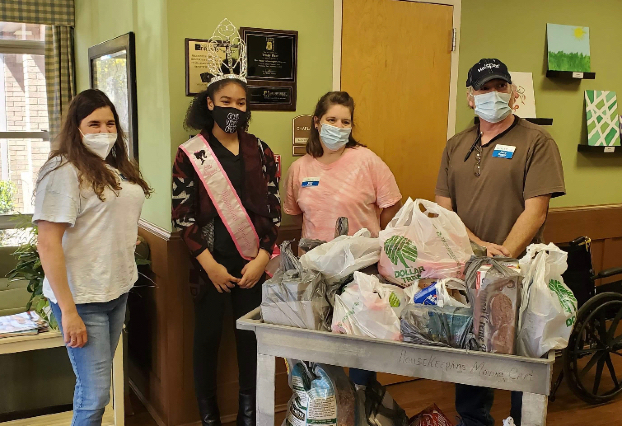 Brianna Watson is a 13-year-old seventh grader at North Stanly Middle School. But unlike most teenagers, she’s also an experienced beauty queen participant who received an impressive victory during a recent pageant in South Carolina.

Competing against more than 40 other ladies (ranging from infants to 21 years old) at the Princess P Pageant on Feb. 6 in Gaston, Watson won the Elite Supreme Miss Mismatch title, the highest possible honor, her mom, Brandy Eppenauer said. She also won a handful of side awards including Best Smile, Best Hair and Most Beautiful.

She donated 326 items to a local church in South Carolina, which helped her win the Payten’s Princess award.

The New London resident discovered the competition on Facebook after competing in America’s Classic Miss, a national pageant in Richmond, Virginia last year.

“Winning the competition was a little bit shocking at first,” Watson said about her many awards. She had previously competed in several pageants as a young child. 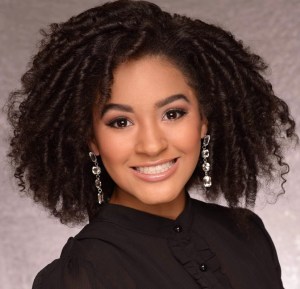 Brianna Watson won the highest award at the Princess P Pageant in South Carolina a few months ago. Photo courtesy of Brandy Eppenauer.

As part of the South Carolina pageant, which is Christian-based and rooted in service to others, she is working on community service projects in Stanly. Thanks to a partnership with Michelin, which donated $400, Watson and her mom recently bought items such as word searches, devotionals, puzzles and bingo prizes to distribute to residents at Trinity Place in Albemarle.

The U.S. Air Force also helped Watson procure small bags which she filled with feminine products she plans to donate to homeless women at the Esther House.

“Brianna, since she was young, has always been community-oriented,” Eppenauer said, noting that she’s helped feed people at the local homeless shelter.

Her community service work is also aligned with the mission statement she came up with during her time competing in the Princess P Pageant: “Helping the community see better so that they do better.”

“I like meeting new people,” Watson said when asked her favorite part of the pageants. “You have little girls look up to you and then you become a role model.”

Watson’s competition schedule is not slowing down, as she’s set to compete in the Graceful Girls pageant in Lexington, South Carolina in May.