PEEKING INTO THE PAST – From Sinclair to Stanly Motors 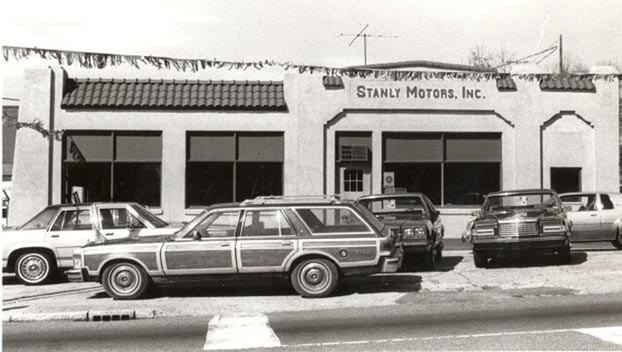 Stanly Motors, shown here in a photo believed to be from the 1970s, opened in downtown Albemarle in 1965.

According to the April 18, 1939 Stanly News & Press, a building on West Main Street that housed the Davis-Glover Motor Company and Jolly Dry Cleaners was being dismantled to make way for a service station.

The new building, owned by local businessmen J.A. Groves and E.E. Snuggs, was leased to the Sinclair Refining Company. The service station opened for business on June 9, 1939 and was managed by D.F. “Jack” Ritchie.

Over the next 20-plus years, the business changed hands a number of times. Local phone directories list City Service Station, Firestone Home & Auto #3, Economy Service Station and there may have been others.

Stanly Motors, owned by the Burris family, moved in during 1965 and they are still there today.

GUEST COLUMN: Investing in the community