PEEKING INTO THE PAST – Albemarle Fire Station No. 2 opens 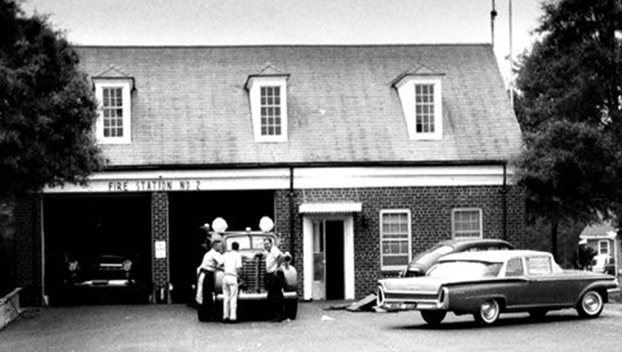 Fire Chief C.E. Morris announced in the Nov. 4, 1949 Stanly News & Press that the station would be operated in two shifts that were made up of two men in each. One crew was made up of J.F. Peck and L.C. Smith and the other included Dan Shankle and Ray Burleson.

The first trucks stationed at the building were a Diamond T and the American LaFrance engine, that is still in possession of the department today.

All emergency calls that came from the west side of the railroad tracks would be handled by this new station. Depending on the severity of the fire, the station downtown could be called for assistance.